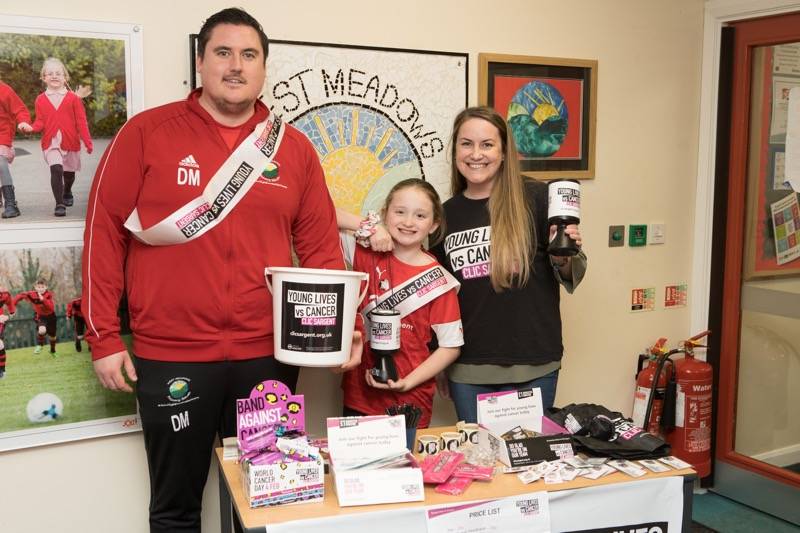 A YOUNG girl who overcame cancer as a baby has raised more than £400 for a charity that support children battling the disease and their families.

Lily Atkinson, nine, of Hoyland, was just 11 months old when she was diagnosed with neuroblastoma in 2011 and following her diagnosis, she underwent chemotherapy for five months before finally going into remission.

The West Meadows Primary school pupil is now an active young child and decided to raise money for Clic Sargent, a charity that supports families affected by cancer.

Lily’s mum, Angela said: “I can’t even begin to explain what life was like for us in 2011 and 2012 but Lily’s a strong girl and she aspires to be the next Jessica Ennis. She’s a very active young lady.

“When she was younger her sister Grace was in school and raised money for the Sheffield Children’s Hospital where Lily was receiving treatment and we’re amazed that Lily is so passionate to help a charity that do so much for families who have to face this.”

Lily spoke to her school and before half term she held a four-day fundraising drive, where she sold merchandise, held a raffle and collected donations during a school talent show, in addition to providing leaflets with information on the charity. Altogether Lily raised £450 for Clic Sargent.

Angela said: “I am so proud of Lily. She worked so hard and the fundraiser was a real success and we want to thank everyone who donated.

“Josanne Richardson from Clic Sargent came to watch the school’s talent show and she was impressed. I know the charity will be grateful for the donation.”

Head teacher Daniel Wood said: “A lot of us have been touched by cancer and Lily is an inspiration. She has great gratitude and she feels doing something to support others is worthwhile which shows just how noble and thoughtful she is.

“It’s fantastic that Lily has chosen to support a charity that supports others, it’s almost as if she is returning the favour which is beautiful for someone so young.

“As a school we are always happy to support great causes.”