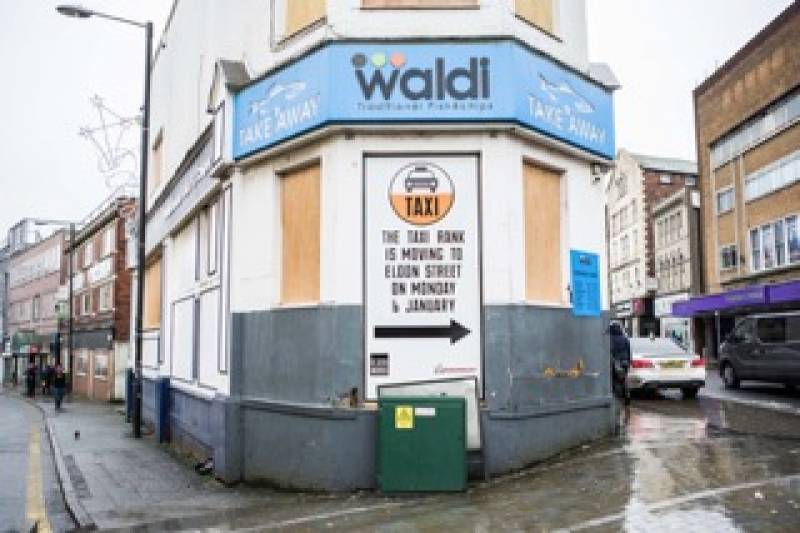 A TOWN centre street earmarked to have a multi-million pound transformation is set to pick up pace from April.

Ruling cabinet members will meet on Wednesday to discuss a £1.968m grant from Historic England towards improvements on Eldon Street, triggering the release of £2m in matchfunding from the council.

A report to the meeting says the street – allocated for improvements through Historic England’s ‘High Street Heritage Action Zone’ project – is intended to improve first impressions of the town for visitors arriving at Barnsley Interchange.

The report also suggests that work on the programme should start on April 1.

Council leader Sir Steve Houghton said: “This not only helps the investment that the council is making in improving Barnsley town centre, but also enables local people to engage with their heritage and celebrate the new developments.

“We’ve already worked with Historic England at our Heritage Action Zone in Elsecar, so know first-hand how positive and productive this partnership will be.

“I have no doubt that this project will make an enormous difference to local people.”

The council has already purchased 35 Eldon Street – which was last used a fish and chip shop and was also a former pub under the names of The Gatehouse, Devonshire Hotel and Beer Engine – in the autumn and this will be demolished as part of the plan.

Once the building is demolished, the revealed face of the adjoining building will be used as part of the project to display a public artwork celebrating the town’s heritage.

A council report added: “Providing an improved link between the sites and the interchange will encourage movement on this route and enhance connectivity to the town centre.

“The interchange’s west exit, which leads to Eldon Street, is the first view of Barnsley town centre for many of the visitors arriving by public transport.

“It is vital to create a positive first impression of a high quality, welcoming and animated town centre and to clearly guide visitors to their further destinations.

“At the exit, there are a number of streets leading to different parts of the town centre. The proposals look to create a clearer hierarchy of routes and improved signage.

“The unique character of the area with its network of pedestrianised streets, ginnels and arcades and hub for independent businesses should be celebrated.”

Trevor Mitchell, regional director for Historic England, added: “High streets are right at the heart of our communities. It’s fantastic news for the people and businesses of Barnsley that they will receive this much-needed boost to help them bring new life to their historic high street.

“Our high streets face many challenges, with some historic buildings underused and down at heel, but with a little investment and imagination they can be transformed into vibrant places that attract new businesses and other new uses.

“Historic high streets have a crucial role to play in delivering economic growth and attractive environments in which we can live, work and play.

“Historic England is looking forward to working with the local community in Barnsley on this exciting project.”