'Her life was worth more' 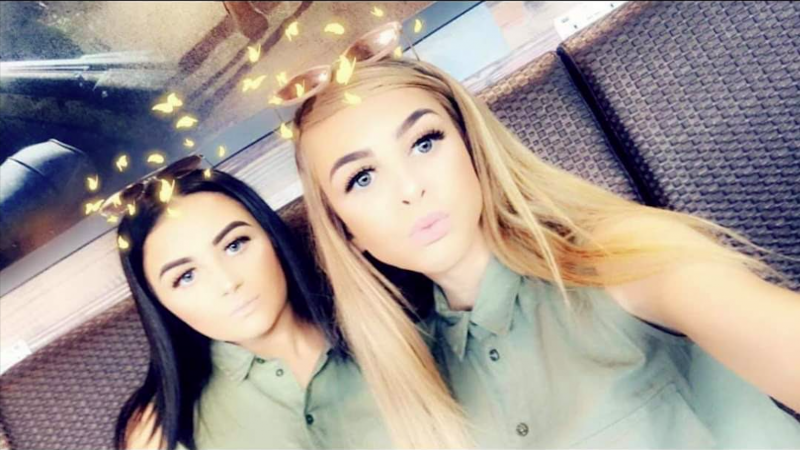 THE angry mother of a teenager who was killed in a car crash claims justice has not been served - after the unlicensed driver who caused the tragedy was given a five-and-a-half year sentence.Macey-Jay Frudd, 16, died in January last year after the car in which she was a passenger collided with a tree on Broadway, Kingstone.The driver, 19-year-old Jacob Whittaker, was jailed earlier this month after he was convicted of causing death by dangerous driving, driving while uninsured and driving without a licence.

Whittaker, will also be disqualified from driving for nine years and nine months upon his release.Tamantha Frudd, Macey-Jay’s mum, said she feels as if Whittaker’s sentence was lenient and sending out the wrong message to people who get behind the wheel without a licence.“His sentence is a joke and I just don’t have the words to describe how it makes our family feel,” said Tamantha, of Rose Hill Drive, Dodworth.“I feel like the justice system has let my daughter down because this man killed my daughter and although he was sentenced to five-and-a-half years, he’ll be out in 33 months. What sort of punishment is that?“Macey-Jay’s death has traumatised us all as a family - it’s had a devastating effect. My baby didn’t stand a chance and I now suffer from post-traumatic stress disorder because of what I had to see when I identified her body and I have flashbacks.“My son refuses to give his friends lifts in his car because he doesn’t want to be responsible for others and I now attend a support group who help bereaved parents. It’s something I will never, ever get over as I’ve been handed a life sentence.“How is my daughter’s life only worth 33 months? What message does that send to people who get behind the wheel without a licence and in court the judge said he had substance and alcohol in his system. He was not fit to drive.“My daughter was looking forward to starting her driving lessons and we’d even bought her a car.“I will never watch my daughter pass her test. I will never watch her become a mother, start her career, fall in love or get married. I’ve lost that luxury.“To the courts it’s job done. To me it’s a life I’ve had stolen from me due to the actions of another person who will be released and able to build a life. I walked away from court feeling deflated and so let down because no-one understands the severity of the situation we as a family have been left in.”On the night of her death, Tamantha took Macey-Jay to meet with her friend and Whittaker, unaware that that would be the last time she would see her daughter alive.“I took her to meet her friend and she kissed me goodbye on the lips and said she loved me, something she never usually did in front of friends,” Tamantha added.“She messaged later on saying she was getting in the car but she didn’t want to. She was 16 and in a stranger’s house and I feel as if she felt she had no choice.“When the police came and told me the news I refused to believe it. I kept asking which hospital she was in and trying to convince myself she was just hurt but not dead. I refused to let it sink in.“Her best friend, Tilly Moxon, has been so supportive. She’s come over and provided so much comfort to me since Macey-Jay died and I will forever be thankful for the friendship they shared.“Macey-Jay had a heart of gold and she never judged anyone, she always embraced people and that’s just because of how she was raised.“We were two peas in a pod and she had everything going for her.“She had so many things planned and her life has just been wasted. I don’t think I will ever accept that she’s gone but I will make sure her name lives on - there’s only one messy pud.”