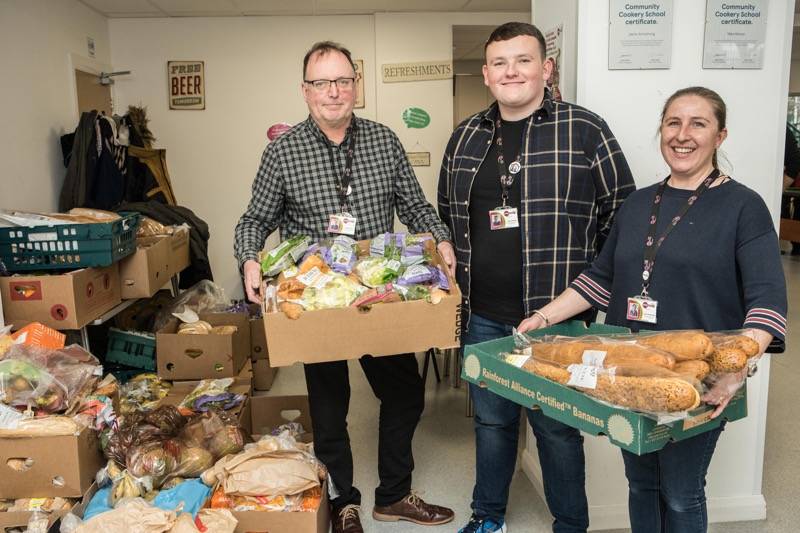 A CHARITY which provides activities for adults with learning disabilities has been forced to branch out to provide food to those in need after the closure of nearby foodbanks has left people hungry.

Local Mencap Barnsley provides social activities and support for adults with learning disabilities and is based in Compass House, near the town centre, but has become an unofficial foodbank for the local community due to growing demand.

“Initially we appealed for food donations from the big supermarkets to help with our ‘cook and eat’ activity we do with the people who use our facilities,” said business development manager, Mike Moran. “We looked into it really to keep our costs down as food and ingredients cost so much.

“Once we started getting more donations than we could use, we looked at other ways of using the food and that’s when we started giving it to people in the wider community.”

The popularity of the food donations has grown and the charity now receives referrals from the Barnsley Homeless Alliance to help people who may not be able to afford food.

“I remember one social worker coming to collect a box of food for an elderly lady who hadn’t eaten for five days,” Mike added. “The thing is because we aren’t an official foodbank, we just have surplus food that we don’t want to see wasted, we can give people food quicker than most places.

“With foodbanks it can take up to three weeks for a referral to go through and then you may only get around three tickets which equates to three visits to the foodbank.

“Those three weeks can be life or death if you have no money to eat and at least people know they can come and get food here if they need it in the meantime, or to bridge the gap between wages.

“Our main priority is providing activities for the people who use our services – we would love to keep helping by also providing food but it’s becoming a bigger and bigger challenge.”

MP for Barnsley Central, Dan Jarvis, praised the service for stepping in but described the ongoing situation as ‘appalling’.

“I would like to commend Local Mencap Barnsley for the work they do supporting local families in need,” he told the Chronicle.

“However, it is simply appalling that, in the fifth richest economy in the world, we have people relying on foodbanks to feed themselves and their families and is further evidence that our economy doesn’t work in the interest of working people and local communities here in Barnsley.

“I am working hard to build an inclusive regional economy and a fairer society in South Yorkshire one in which everyone shares the benefits.”