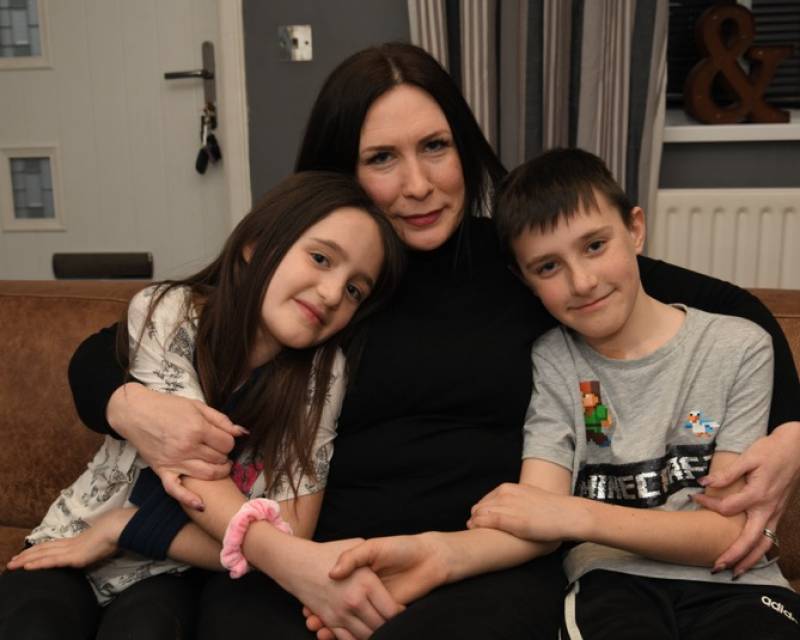 A WOMAN wants to thank the stranger who paid for her parking at Barnsley Hospital during last week’s snow flurries.

Sharon Quinn, 40, had visited Barnsley Hospital with her nine-year-old daughter, Laila, after she fell while skating on her wheeled trainers.

After Laila’s appointment, Sharon had difficulty paying for her parking as none of the machines would accept card payment and she did not have any change to pay for the parking.

“I tried the one in the main reception, and another one inside which both said they didn’t accept card payments so we went outside to where we had parked and that machine didn’t accept card either – I didn’t know what to do,” said Sharon, of Stafford Avenue, Elsecar.

Sharon and Laila were stood outside during last Monday’s snow flurries, when a stranger approached them and offered to pay for their car park ticket so that Laila could get out of the snow.

“Laila had her arm in a sling and was a bit sore and I knew she really wanted to go home and I was just wondering where I could go to get some cash out when the woman offered to pay for our parking.

“She walked right up to us and told us she was paying for our parking and I kept protesting because even though we hadn’t been at the hospital long, I didn’t know how much the ticket was. She wouldn’t take no for an answer and took my ticket and paid for the parking.”

Sharon’s ticket only amounted to £1.30, but she remains thankful to the stranger for helping her out in her moment of need.

“It could have been a lot of money but she said it didn’t matter and that she wanted to help. I didn’t get her name but I want to thank her for what she did. She really helped us out and didn’t want anything in return and it’s lovely that people like her still exist in the world and it’s not all terrible.”

Lorraine Christopher, managing director of Barnsley Facilities Services (BFS) which looks after car parks at Barnsley Hospital, said: “We apologise for any inconvenience caused when the car park machines were not accepting card payments. We have installed new machinery to minimise any faults occurring, but unfortunately on this occasion there was a technical fault on the lines, which has now been resolved. We do try to alert our visitors on entry to the car park if there are any issues and following your feedback will add the location of the nearest ATM, which is within the main entrance to the hospital site.”