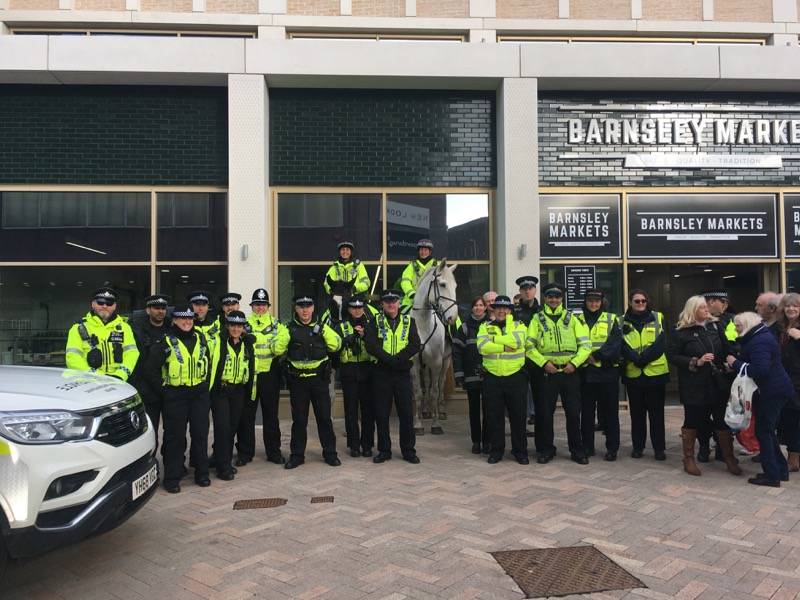 A POLICE operation that aims to tackle antisocial behaviour and drug misuse swept the town centre on Wednesday.

Operation Voyager was conducted by town centre police following reports of criminal behaviour in the area.

In an alert issued on Wednesday, PCSO Neil Makinson said: “Operation Voyager took place in Barnsley town centre, where neighbourhood officers across the district were on foot patrol, as well as mounted officers targeting

“Police officers issued three PSPO notices banning three people behaving in an antisocial manner from the town centre for 48 hours, seven people were stopped and searched and a 36 year old male, wanted on warrant, was located and arrested.

“A motor vehicle was seized for driving in an antisocial manner, and a driver using a handheld mobile device was subject of a traffic offence report.