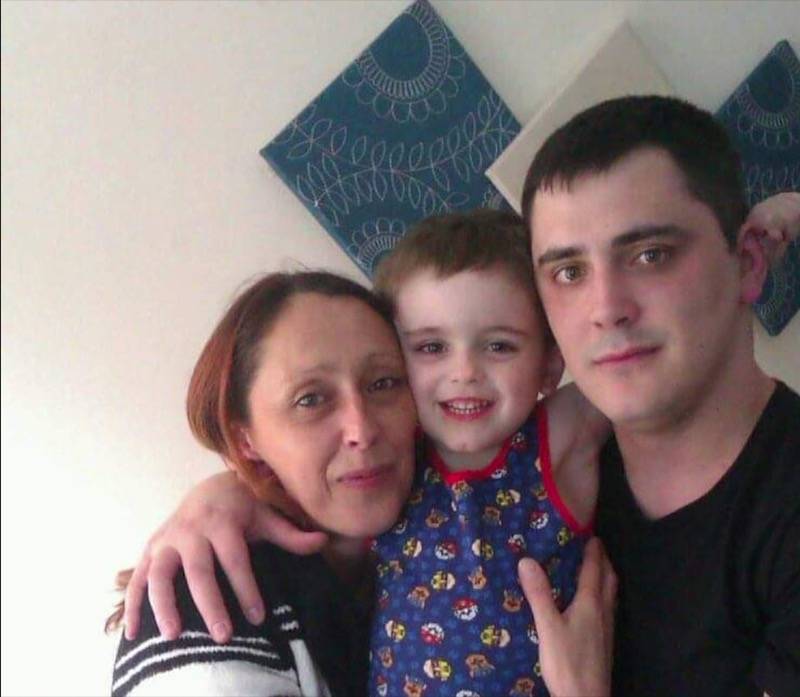 THE CHILDHOOD friend of a woman who died from a brain haemorrhage and had a ‘heart of gold’ is helping to give her friend the ‘funeral she deserves’ through fundraising.

Sarah Mangham was found on January 17 at her home in Birdwell. As her death was unexpected, her family, including her son Ashley, 28 and two grandchildren, have been left reeling and totally unprepared.

The 46-year-old was said to be well-known within the community for her kindness and the ‘respect she paid to others’, so her childhood best friend Lisa Alexander stepped forward to set up a fundraiser to help pay for Sarah’s funeral.

Lisa, of Hoyland Common, said she and Sarah grew up a few streets away from each other in Hoyland and were inseparable, but drifted apart in their early 20s.

After hearing Sarah had died from a mutual friend, Lisa, 47, said she wanted to do something for the family and got back in touch, before setting up a JustGiving page to help towards funeral costs.

“I couldn’t believe what I was hearing when I was told she’d passed away, it was awful news,” said Lisa.

“We had lived so close to each other when we were little and we were best friends in high school, but we lost touch when we became adults and in our early 20s, we just drifted apart.”

Lisa said she got in touch with the family and the idea for the fundraising page came from there.

“Her son Ashley doesn’t have the money to pay for a funeral and they aren’t cheap things,” she said. “Sarah was one of those people who always had her door open to anyone and everyone if they needed her. She made the point of going to everybody’s funeral and paid her respects so I thought I would help to give her a big send off.”

The JustGiving page Lisa set up has had donations from old friends of Sarah as well as neighbours and those who knew of her. So far, more than £800 has been raised towards the cost of the funeral, and as Sarah had left a funeral plan, Lisa is hoping they can give her ‘the send off she deserves’.

“It turns out she had a funeral plan and she has paid for her own funeral plot and headstone. She said that if anyone could afford it, she would like black horses and a carriage.

“That has been sorted out though as someone from Birdwell came forward and they said they will transfer her from the church to the graveyard, which is so kind of them.

“Everyone has been so generous. It really has been wonderful to see all the donations and comments from people saying they knew her.

“She was a wonderful person and it’s given all of us a jolt to get in touch with people who we’ve lost touch with.”

Sarah’s funeral will take place on February 17 at 11am at All Saints Church in Wath. Anyone who would like to join the family to celebrate Sarah’s life can do so at Saville Square in Hoyland Common from 1pm.