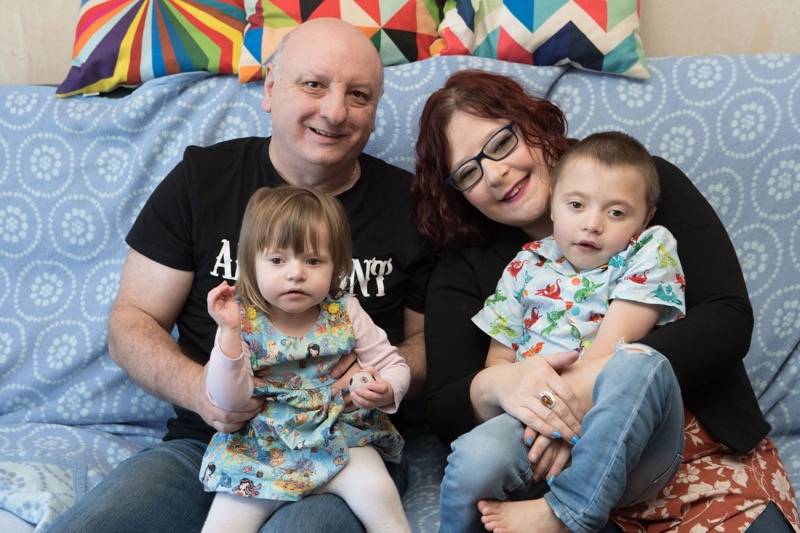 A WOMAN who believes she and her young children are the only people in Barnsley with a rare and painful genetic disease will welcome the founder of a national charity that supports families like them to her hometown.

Robyn Horton and her children Leo and Eva Sharp were all born with X-Linked Hypophosphatemia (XLH), a metabolic condition characterised by low levels of phosphate in the blood – causing brittle bones, bowed legs and pain throughout the body.

Robyn discovered that Leo had XLH – believed to affect around 250 children in the UK – after he was late sitting up and crawling, but it took doctors a year to give a full diagnosis.

She hoped he, and two-year-old sister Eva who has also been diagnosed, wouldn’t have to live through some of the struggles she’s had – including a leg that’s still not healed 18 months after she fell in her home on Mount Vernon Road, and the mobility of someone twice her age.

“I had my suspicions having lived with it all my life, but until the diagnosis I thought it could be something else like cerebral palsy,” she said.

“It was a really big shock.

“I’ve had it quite severely and Leo has such big problems. His brain is trying to break out of his skull.”

The little-researched condition can, as is the case with four-year-old Leo, cause the plates making up the skull to become fused – leading to painful headaches and a barrage of treatments to relieve pressure on his brain.

Robyn said he can turn from ‘Jekyll to Hyde’ as he struggles to cope with the pain.

Leo also only has half-days at school to protect his head from injury, as exposed screws used in the regular operations – which he calls his ‘earrings’ – can get caught or knocked.

He and Eva also have to have doses of phosphate and calcium several times a day to strengthen their bones.

The family have had their spirits lifted by the approval of a new drug, Burosumab, last year, which Leo will require an injection of every two weeks – while Eva is on a waiting list for the drug.

Robyn said the charity, XLH UK, aimed to raise the profile of such treatments so they become more mainstream.

She added: “I’m glad they won’t grow up the same way I did.

“I’ve grown up never knowing anyone else with the condition, never been able to speak to anyone else about it.

“The damage that’s been done to me won’t be recovered, I’ve just got used to doing things differently and it’s become my normal.”

The night, at the Trades Club on May 15, was organised by Robyn’s stepfather Chris Horton – drummer in the local band Altamont.

His band will play to an audience featuring representatives from XLH UK, including founder Oliver Gardiner, and Barnsley MP Dan Jarvis.

There will also be a raffle supported by Jack’s supermarket, on Wombwell Lane.

“Oliver’s been quite emotional about it as he’s never had anybody do anything like this for the charity,” said Chris, of Main Street, Wombwell.

“It’s hard, as the condition isn’t recognised in the wider world.

“But seeing Robyn some days in absolute agony makes me cry. I want to do anything I can to help her and the kids live a more normal life.”