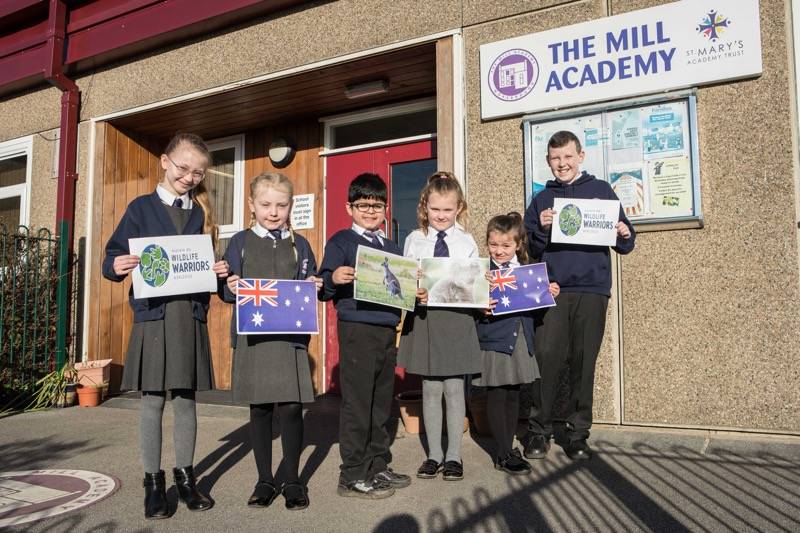 CHILDREN from a Worsbrough primary school were so touched by the news of the spreading Australian wildfires that they begged for a chance to help donate money to the cause.

Pupils from The Mill Academy, Lobwood, asked their teachers how they could help after they saw news coverage of the Australian bushfires which have raged for more than a month.

Spurred on by their pupils’ enthusiasm, the head of the school, Tamara Gulliver, organised a non-uniform day where all the proceeds will be donated towards the wildlife that has been affected.

“Some of the children were getting very upset when they saw things about the fires,” said Tamara. “They had seen footage of the koalas and kangaroos that had been hurt during the fires so we spoke about ways we could help within school and came up with our own version of ‘Wildlife Warrior Day’.”

Wildlife Warrior Day was created by Australia Zoo in memory of Australian zookeeper Steve Irwin and is also known as Steve Irwin Day – after the TV presenter. While the day is typically celebrated in November, the school felt the message of the day reflected their fund-raising aim which is to help the animals affected by the fires.

Children are being encouraged to dress in animal print, or in the colours of the Australian flag for the day which took place on Friday.

“We sold buns and coffees, and we also had a map of Australia which we covered in pound coins to help raise money,” said Tamara.