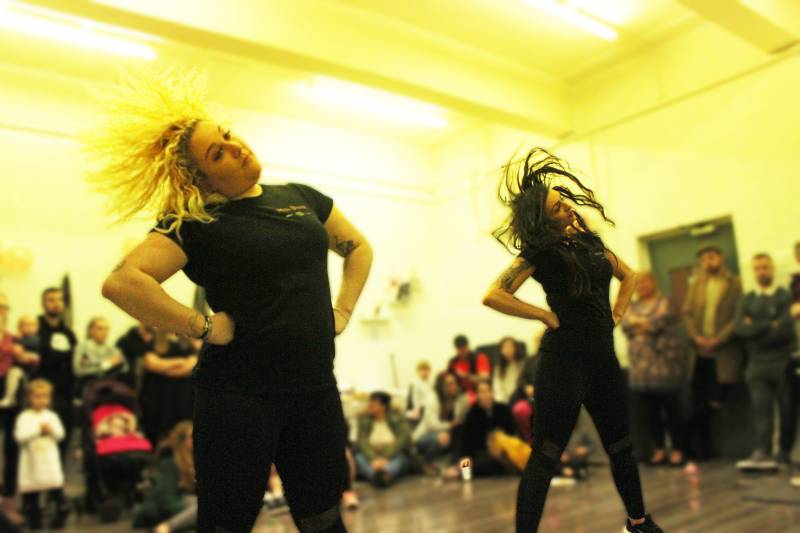 TWO women who want to encourage teens to come off the streets and channel their inner creativeness have opened a performing arts school.

Alexandra Crellin, 27, and Danielle Robinson, 29, officially opened Lotus School of Arts on Sunday and the occasion was marked with a party.

The school, based in Thurnscoe, will be offering dance classes, singing lessons and musical theatre sessions for children and adults fro the ages of one and up.

However the pair are determined to make it more than just a performing arts school, they want to encourage youths to stop hanging out in the street and invest their time in being creative.

Alexandra said: “Youths are bored and that’s why they misbehave.

“There is nothing to engage them and I want this school to become a hub for young people to come and get creative and in turn it will keep them off the streets.

“The building was initially a youth club but the previous owners unfortunately couldn’t keep it running so I saw an opportunity and decided to provide the best of both worlds, teach performing arts and provide a place for youths.”

Alexandra, who has been dancing professionally since 2009, is eager to ensure her school is accessible to all.

“I’ve not long moved to Thurnscoe and I am determined to make the school a community hub.

“We have several classes on offer to suit everyone, including baby classes and exercise sessions for parents who do not have childcare so they can get out the house, socialise and be active without having to worry about childcare.

“Our prices are also competitive because I know first hand how expensive dancing can be and I want to ensure that money will not prevent people from chasing their dream.

“We have also received funding from Active Dearne, which will allow lower income families to come compete and join in classes.”

Classes will be running Monday to Saturday, with private lessons taking place on Sunday and they begin on January 20.