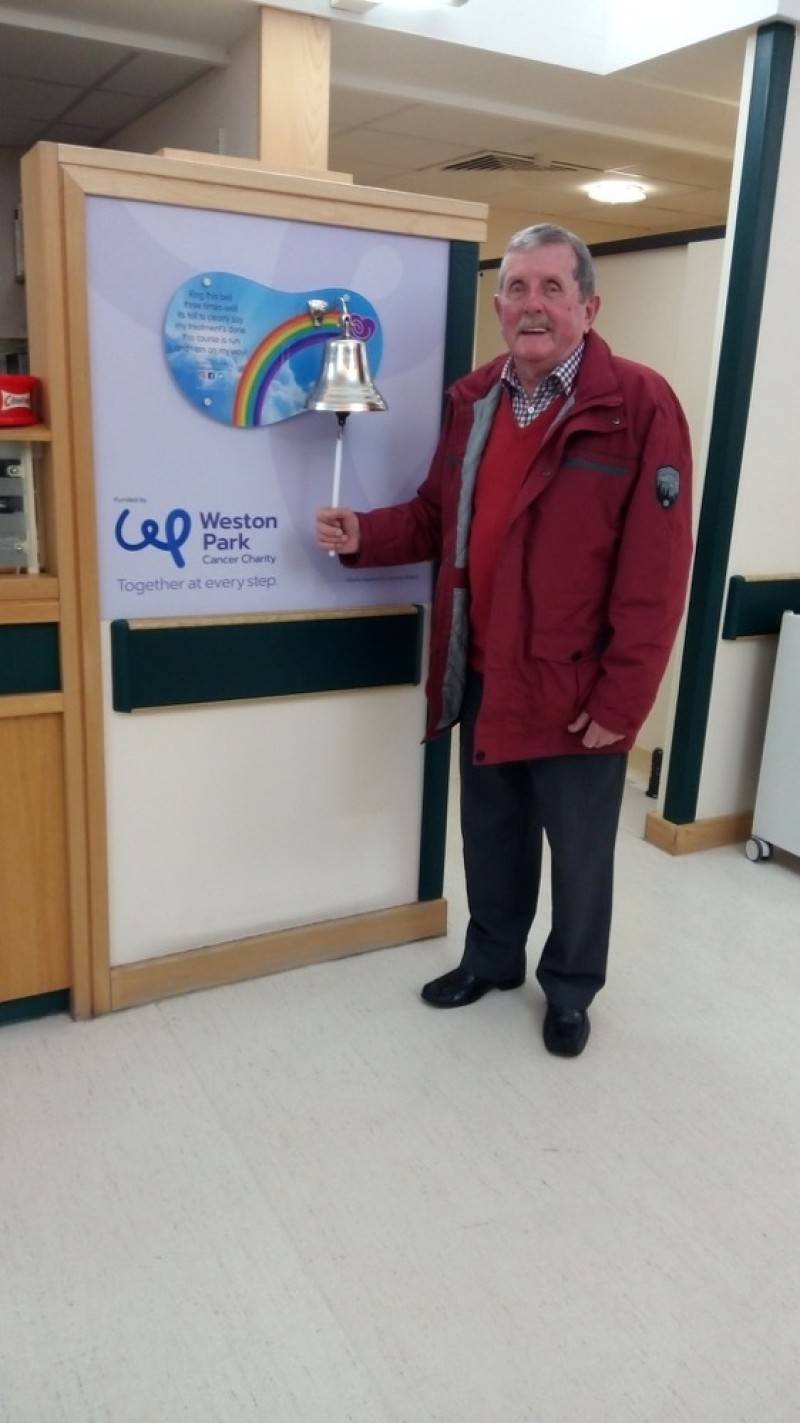 A VETERAN councillor who was diagnosed with prostate cancer following a routine test has ‘rang the bell’ to mark the end of his treatment - just in time to see in the new year.Coun Charlie Wraith, who has served on Barnsley Council since 1974, represents the Cudworth ward and found out he had the illness earlier this year.However, tests in the autumn revealed the cancer had not spread and Coun Wraith, who was made an MBE in 2013 for public services, told the Chronicle that he had ‘rang the bell’ - a milestone for all cancer patients to signify the end of their treatment - last week.

He survived bowel cancer a decade ago, an illness which claimed his wife Marilyn’s life in 2016, and as a result now has bi-monthly blood tests - something which he says saved his life this time round as he had no symptoms that something was wrong.“It was those blood tests that picked up something abnormal. Without them I’d never have known,” said Coun Wraith. “Men with prostate cancer don’t necessarily have symptoms so it’s of the utmost importance that people get checked out.“The emphasis has to be put on them to get tested as it creeps up without warning. Further tests are uncomfortable, not painful, but it’s so important to get checked.”Coun Wraith, 76, was initially given two options for treatment to either cut the cancer out or receive radiotherapy at Weston Park in Sheffield.However, doctors ruled out surgery due to his previous battle against cancer and has had to have 20 days’ worth of gruelling radiotherapy treatment instead.He added: “You’re told by a doctor that you have cancer and the first thing you want to do is just get rid of it. Having it cut out was the quickest, but I couldn’t have that procedure as I’ve had cancer before.“I was 65 when I was diagnosed with bowel cancer and it mirrors that as it happened at the same time of year. They got me straight in then, and luckily the cancer has not spread this time.“The treatment has been tough but it’s gone well and that’s the main thing. I spent Christmas, which is a wonderful time of the year, at my sister-in-law’s and I’m glad it’s over and done with so I can start the new year fresh and get back to council meetings.”Coun Wraith will return to Weston Park in February for a check-up, where he has been alongside a former councillor, Dave North, who is also receiving treatment there for prostate cancer.Dave, who is the current chairman of Shafton Parish Council, reiterated Coun Wraith’s calls for more men to get checked out.“It’s an extremely important thing to do as it could prove to be a life-saving thing,” he added. “The earlier it’s caught, the better.”