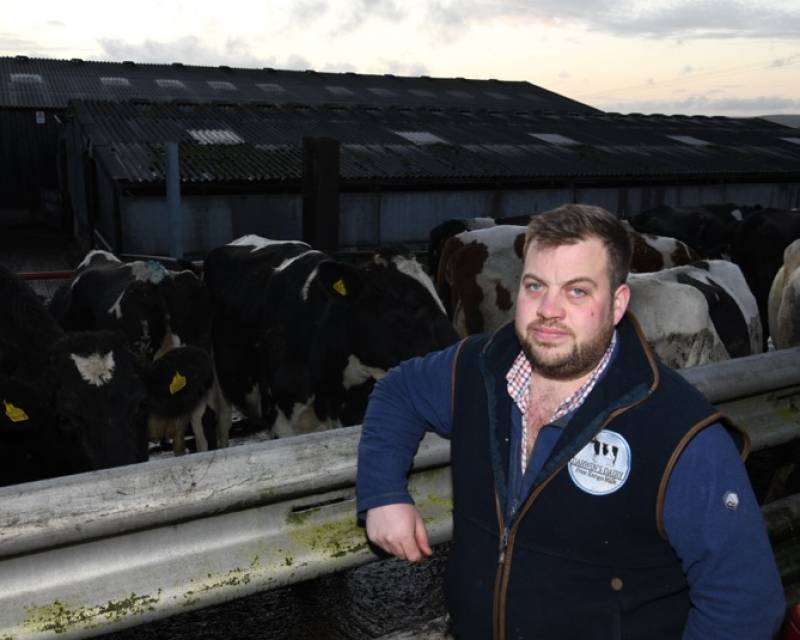 A DAIRY farm owner whose products have been recalled due to a potential link to an E.coli outbreak has condemned Barnsley Council for risking the future of his five-generation business.

The local authority, along with Public Health England, have ordered the recall of the Oxspring-based Darwin’s Dairy products including all forms of its milk and cream.

A total of 18 ‘confirmed or probable’ cases have been identified in people with links to Barnsley, Doncaster or Sheffield this month, while a statement issued by the council this week states nine of those are known to have consumed Darwin’s Dairy products before becoming unwell.

However, the statement said ‘it is important to be aware that the dairy has not been confirmed as the source of the outbreak at this stage’.

Owner Ben Darwin told the Chronicle the statement was unfairly issued and it had the potential to wipe out the long-running firm’s order book.

“Regarding the statement put out by Barnsley Council on a product recall, we would like to clarify that there is no confirmed link or evidence with the health issues highlighted in the council’s statement,” he said.

“It’s pure speculation and I am deeply upset and frustrated that such a statement can be released without sufficient evidence. We strive to supply our loyal customers with a quality local product that is regularly tested to the highest standards required.

“We’re totally in the dark about it now – one of our milk samples passed a laboratory test on Monday but the council’s taken away five other samples, but we’re still suspended from producing anything.

“We’re a small, family-run business and I can’t believe how the council can get away with issuing something that could seriously damage our business. Their statement even says that they cannot confirm that we’re the source for the outbreak.”

E.coli can cause a serious infection in those with weakened immune systems or vulnerable groups, including babies, the elderly or pregnant women.

Symptoms include stomach cramps and diarrhoea that may be bloody, usually lasting up to a week, however some infections can be severe and may be life-threatening.

“Those affected are recovering at home and in hospital,” the statement, issued on behalf of Julia Burrows, director of public health at Barnsley Council and disease control consultant Dr Nachi Arunachalam, said.

“Barnsley Council and Public Health England are informing residents across South Yorkshire of a recall of dairy products from Darwin’s Dairy.

“As a precautionary measure, we have advised Darwin’s Dairy to recall all of its milk including whole, semi-skimmed and skimmed and cream products currently in circulation.

“This became necessary after a potential processing problem was identified with the pasteurisation process that could have affected some milk and cream products that could still be stored in people’s fridges.

“The dairy is co-operating fully with our advice. If you have bought these products, do not eat or drink them but dispose of them.

“As with all instances of diarrhoea and vomiting, it is important that people keep hydrated and stay away from work or school for as long as symptoms persist. If you do notice blood in your stool, contact your GP immediately.”