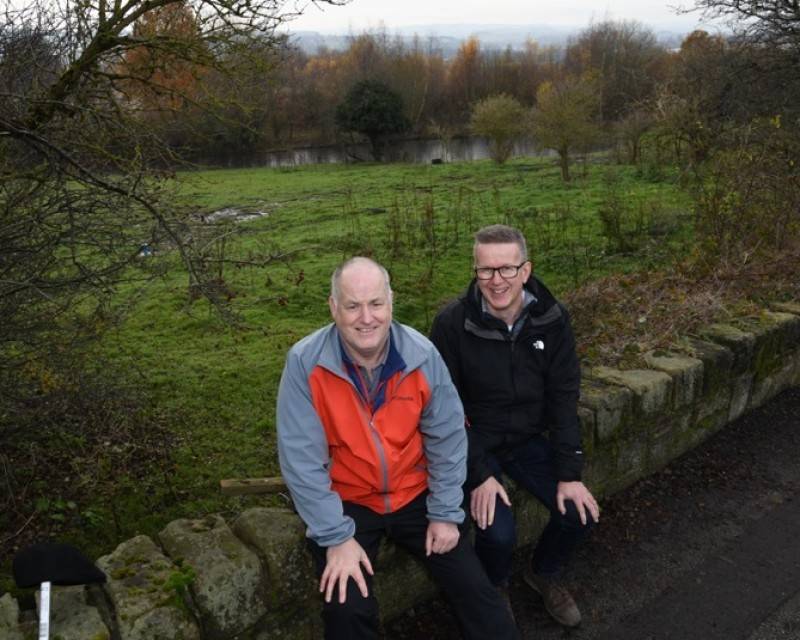 VACANT sites which have been formally adopted for future development by Barnsley Council must be looked at again after many were hit by recent flooding, campaigners have urged.Darton, which was affected by the worst floods in a decade earlier this month when the River Dearne burst its banks, has come under the spotlight this week due to a planned 73-home development on land off Darton Lane.More than 100 concerned locals attended an urgent public meeting at Staincross Working Men’s Club last week to discuss the village’s flooding woes and the plan for the site submitted by its applicant, Church Commissioners for England.

Planning documents state that the site - described as a wildlife haven by locals - has no history of being affected by floods but campaigners posted videos on social media to show just how much of an issue flooding was in the aftermath of the torrential rain on November 7.The site has been designated for development purposes within Barnsley Council’s local plan, which sets out future housing and business growth up to 2033, leading to many vacant sites being allocated for development.Richard Denton, who is leading the campaign group, said: “A re-think on sites identified in the local plan needs to happen and the recent flooding events shows exactly why.“The planning process is heavily weighted towards developers as the council is under pressure to deliver housing across the borough, but clearly it’s a flawed system as the Darton Lane site supposedly has never experienced flooding.“That’s absolutely incorrect - it was badly affected earlier this month, much of it was underwater and it’s not the first time it’s happened.“We are determined to have our voices heard and to expose how this will do harm to our environment, infrastructure and neighbourhood.”An original consultation on the plans ended on November 4, but that has been extended until today to allow more residents to have their say.Coun Steve Hunt, who represents the Darton East ward for the Liberal Democrats, added: “When it becomes clear that sites are unsuitable, the council should look elsewhere. I have been contacted by residents who are extremely concerned, like I am, about this development and the negative impact it will have on the area.“Flooding is a growing issue each year as we see more extreme weather events. There has been a couple of flooding events on Darton Lane, adjacent to the proposed site, already this year before the main one earlier this month.“This site is totally unsuitable for housing and it should be left alone.“I understand that due to a growing population there is a need for more housing in Barnsley, but all plans submitted should be properly scrutinised and must take into account the views of local people.”The government has come under increasing pressure from leaders in Barnsley and South Yorkshire to do more to ensure that developers do not build inappropriate housing in areas at high risk of flooding.Figures obtained from the Environment Agency through a Freedom of Information request made by the Labour Party, suggest the body may not be able to protect new developments from flooding.Dan Jarvis, campaigning for re-election in Barnsley Central, which covers Darton, told the Chronicle: “Having very carefully considered the detail of this planning application, I have concluded that the proposed development of land to the south of Darton Lane would do more harm than good for the village and surrounding area.“I also believe that it will have a detrimental effect on existing residents’ quality of life and place a considerable burden on already stretched local services.“We do need to ensure that there is a sustainable supply of housing - including homes that are genuinely affordable - to meet the needs of local people.“However, this must always be carefully balanced against the impact of developments upon the local community and the need to protect our vital green spaces.”