Jordan is remembered with balloon release 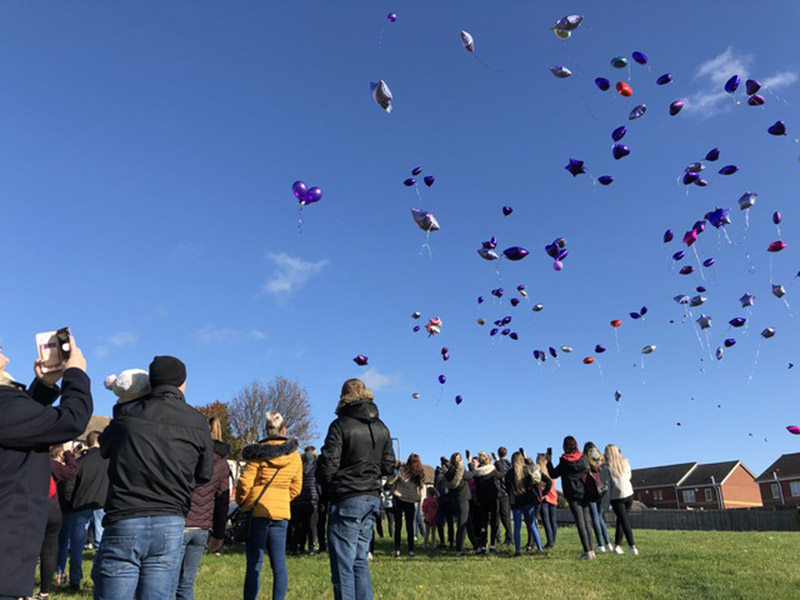 FRIENDS and family members gathered to release balloons and pay their respects to a teenage mother who died in a car crash.

Jordan Williams, 18, died on last Saturday after a car in which she was a passenger collided with a wall and flipped onto its roof on Burton Road, Monk Bretton.

Her sister, Katie Zuppinger, and Jordan’s best friend, Elisa, organised a balloon release on Sunday, one week on from the crash.

The emotional tribute was staged at a field behind her parents’ house on Crown Avenue, Cudworth. Jordan’s grandmother gave a poignant speech at the balloon release in addition to Elisa, who thanked people for attending.

During the balloon release a collection for Jordan’s funeral costs and supporting her one-year-old son, Riley-Jay Harrison, raised £440.

Elisa said: “Thank you every one who came to the balloon release on Sunday and donated. It was overwhelming to see everyone and I know Jordan will be surprised at how many people turned up and how generous people were.”

On Sunday a fundraising event will be held at Darfield Road WMC from 1pm which has been organised by Christian Whiteley-Mason, also known as ‘Lady Bacardi’.

Steppin’ Time School of Dance will be performing in addition to a Mrs Brown’s Boys lookalike, a raffle and an auction.