Youngsters bag themselves a good name... 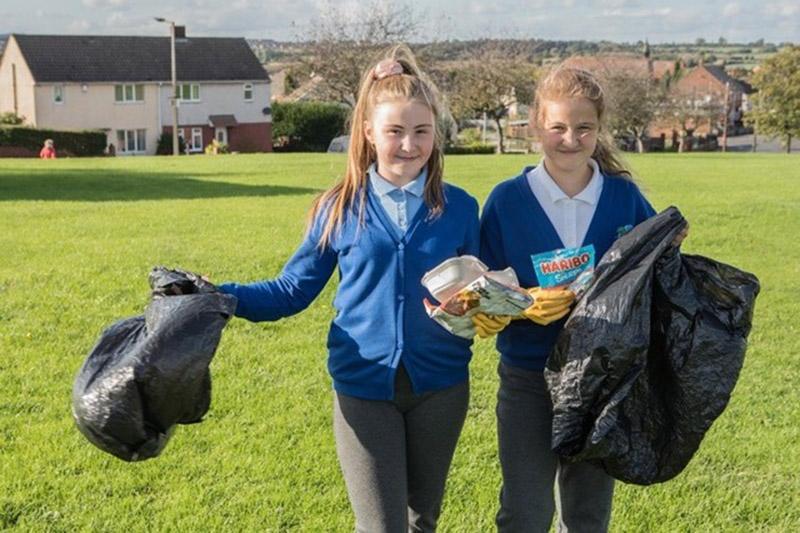 TWO youngsters in a park stirred up a storm on social media - but it was for all the right reasons.

Primary school pupils Katie-May Garrity, ten, and Lacie Clay, 11, were spotted at the Valley in Grimethorpe, donning rubber gloves as they cleared the park of rubbish - with a photo on Facebook seen by hundreds of people.

The pair’s parents said they were surprised when the girls came home from school one day and asked where the bin liners were - with Sally Clark, Katie-May’s mum, saying they were role models for other children in the area.

“I asked why, is it an organised thing with school, and she said they were doing it themselves,” said Sally, 40, of Park Road.

“They were out there for a couple of hours, and Katie-May’s never really done anything like that before. She’s only just starting playing out.

“It makes you think you must be doing something right as a parent. Most of the time kids around here get talked about for being naughty, it’s nice when they get recognised for something good.”

Lacie’s mum, 32-year-old Lois Dyson, of Sycamore Avenue, added: “It’s brilliant, I thought she’d get bored and come back in ten minutes but she’s been out three times since that photo was taken.

“I gave her a bit of pocket money, but she said she wasn’t doing it for that.

“It’s good for her, and good for Grimethorpe.”

Katie-May and Lacie are currently at Ladywood Primary School, where head teacher Clare Grainger said pupils of all ages had been looking into the environment as a school project.

“We started looking at respect as a theme, and it was actually the pupils who turned us onto respecting the environment specifically,” said Clare.

“We were blown away at how much the kids clearly understand about the world around them, they really ran with it.

“The two girls are part of a small group who are taking what we have done in school out into the community, and we are very proud of them.”