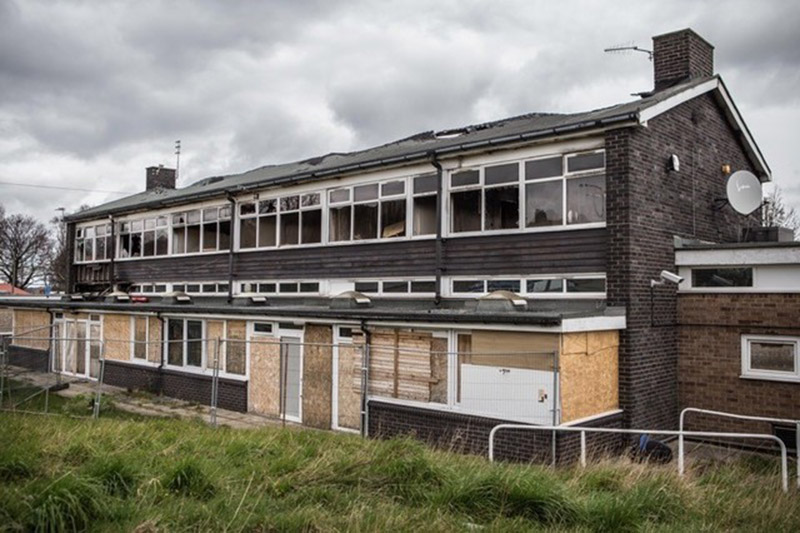 A FIRE-HIT former care home in Monk Bretton could be demolished in order for up to 82 new homes to be built on its site in the future, planning documents have revealed.

It comes after the derelict building was targeted during a spate of arson attacks earlier this year, which saw the council and police threaten to pursue court action against the firm due to worries about youngsters entering its weakened structure.

A pre-application enquiry was subsequently made in April, a planning document said, which reveals a disused farmhouse near the site - known as Garden House Farm - could also be flattened.

Although still in its outline stage - which means anyone wishing to seek full planning permission would have to submit another plan before any work is done - the document states that the Lidster family have been left with ‘huge financial losses’ due to the arson attacks.

“During 2018 and 2019, Belmont and the farm have been repeated targets of vandalism and arson,” the planning statement said.

“The proposal is to demolish them and redevelop the site for housing.

“Although no bedroom numbers were included with the pre-application enquiry, the education officer has calculated that the development would generate a pupil yield of 17 primary and 12 secondary pupils, requiring a contribution of £403,059.

“Having reviewed historic records there are no obvious historic remains likely to be within the site.”

The care home was erected in the late 1960s and it was originally used as a residential facility for elderly people but in June 1999, Barnsley Council’s asylum and migration service welcomed 180 humanitarian evacuees from Kosovo to the building which was then called Belmont Induction Centre.

“The proposed dwellings will respect the heights of the adjacent existing buildings,” the planning statement added.

“The remaining properties to the southern boundary are bungalows but due to the levels on the site being lower, two-storey houses would be suitable in scale in these locations.

“We have considered the existing vehicular entrance to Belmont and have discounted it and propose a new entrance, further along Back Lane. We also propose a footpath along the north side of Back Lane.”

Comments can be made on the council’s website until November 5.