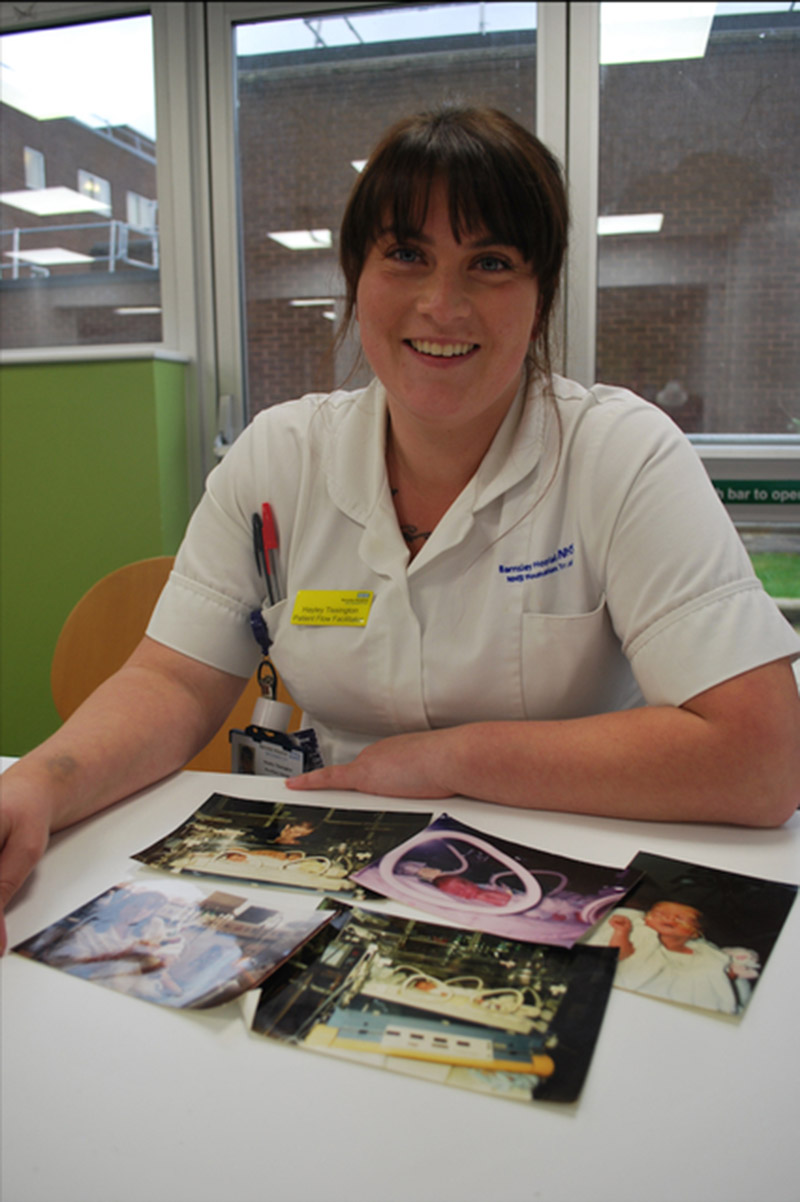 A YOUNG health worker at Barnsley Hospital is raising money for the hospital charity’s Tiny Hearts Appeal – after her own life was saved by the Special Care Baby Unit 23 years ago.

Hayley Tissington, of Darton, is going ‘Sober for October’ and is being sponsored via her JustGiving page. She has so far raised £200 for the Tiny Hearts Appeal which currently stands at just over £926,000 – well on its way to its £1m target.

Hayley, a patient flow facilitator at the hospital, was born at just 29 weeks after her mum was rushed into hospital with pre-eclampsia. This condition endangers the lives of both mother and child and around 1,000 babies die each year in the UK because of it, mainly because they have to be delivered prematurely.

“The doctors said to my dad if I don’t take your wife and baby to theatre now you could lose them both,” said Hayley, who has been working at Barnsley Hospital for six years.

Hayley’s mum had to have an emergency C-section and Hayley was born weighing just two pounds and four ounces. Afterwards, she hovered between life and death and was in the special care baby unit for three months.

She said: “My dad said I fitted into the palm of his hand. Even when I came home I had to have oxygen so they had to carry me round with the tank. I should have been born in September but I was born in June and so I ended up being the youngest instead of the oldest in my year.”

After Barnsley Hospital’s new Neonatal Unit opened in November last year, Hayley, her mum and dad and nan attended an open day tour there which brought back lots of memories.

She said: “Back when I was born, there was one double bed for parents to stay with their babies and they had to get washed using baby wipes. Now it’s like the Premier Inn.”

Hayley thinks her difficult birth might have had something to do with her decision to work in health care although her mum and nan also work in caring professions.

“Someone was looking down on me and my mum that day. I’m a miracle baby. Can you imagine what my dad was going through when they told him he might lose us both? Doctors also said I might not be able to walk or talk and could have been in a wheelchair.”

To donate to Hayley’s JustGiving page, visit justgiving.com and search Hayley Tissington, or find the link at BarnsleyChronicle.com.