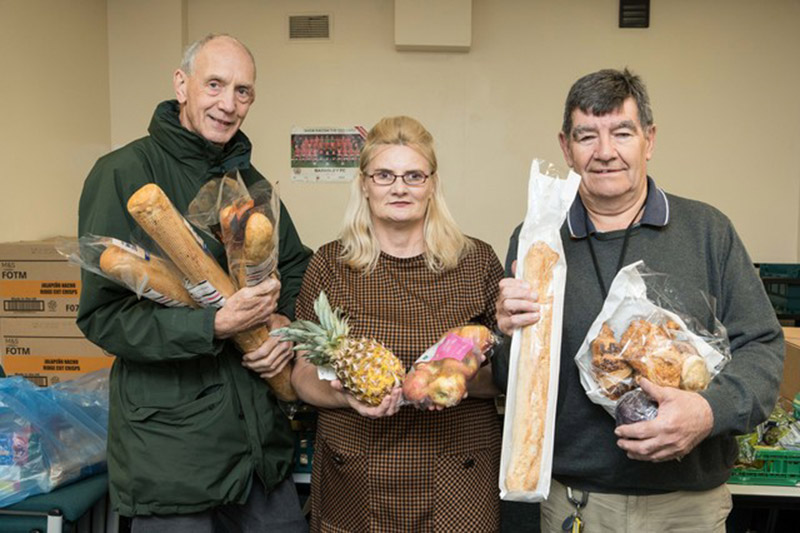 A CHARITY which helps Barnsley’s homeless is appealing for donations as volunteers say it has an uncertain future and is running ‘desperately close’ to scaling back or winding up its vital services.

Barnsley Churches Drop-In Project (BCDP) has been dedicated to helping Barnsley’s homeless since 2002 and was founded when two people were found in a church doorway. BCDP has been committed to helping the homeless and those with an addiction to drugs ever since.

The project is reliant on donations to keep providing aid to those in need and since 2014, the charity has seen a sharp increase in the amount of homelessness in Barnsley. BCDP has been at three different premises over the years, with vice chairman Peter Mulrooney saying BCDP is now struggling with overhead costs.

The charity is now based in Temperance House on Pitt Street, Barnsley, and has its own kitchen to provide several hot meals per week to feed people who would otherwise not have access to them. They also provide access to toiletries and sanitary products which have been donated by members of the public.

However, Peter, who has been involved with the charity for ten years, said the future of BCDP is uncertain due to rising costs and a rise in the number of people needing its services.

“We are really starting to struggle and with the change in premises comes a cost to rent, business rates and a variety of other costs, we also have pest control and things like that to pay for too,” said Peter.

“We have all these overheads and it costs us £900 a week to continue to do what we do. We don’t want to stop our work as it is so important. I have met many clients who use our service who have raised themselves up and have gone from being homeless to having families, a job and a home. It’s amazing. But this sort of transformation is not a quick fix and it takes time.”

Peter said that BCDP does not just help feed people on the streets, but it also provides them with friendship and emotional support.

“The people that come to us might not have anyone to support them or they might not even have contact with anyone else aside from us. They class us as friends and we give them support to help them rebuild their self-worth. We try to persuade them to get help and talk to them. A lot of our clients, they say if we were not there they would have died on the streets.”

The charity receives donations from people in Barnsley that helps provide meals but the cost to run the project every year is more than £45,350, which is around £900 a week. The volunteers say this is difficult to maintain and Peter believes that long-term funding is needed soon.

“We are desperately close to having to scale down our project to basics, possibly leaving our premises and perhaps being unable to continue running a drop-in service providing hot meals,” he said.

“At this stage we are thinking that we need to find someone or some source of funding that can help us out over a long period.”

Anyone who wants to donate or sponsor the charity, make a contribution or just get in touch to help can call Peter on 07581 412 405.