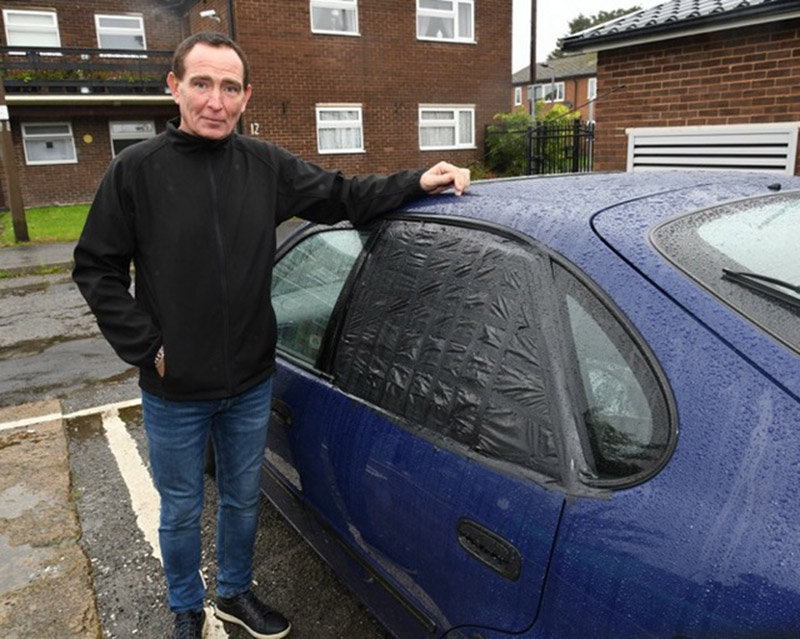 THE VANDALISM of six cars at a sheltered housing complex has left the residents scared and fearing that the ‘mindless thugs’ will return.

During Sunday night, six cars at Maltas Court, Worsbrough, had their windows broken in an act of vandalism.

Only one sat-nav was taken but the damage has left the residents scared and angry.

“I was completely shocked when my neighbour told me my car had been broken into,” said a resident of Maltas Court.

“I couldn’t believe that someone would do that. At first we thought they must have been stealing things but when only my sat-nav was taken it was clear that it was just mindless vandalism.”

Maltas Court is a residential housing complex for retired and elderly people. The car park is towards the back of the properties so the victims were unable to hear as their cars were broken into.

“It’s made me scared to sleep,” added the resident.

“I wake up in the night and I am scared that the mindless thugs will come back and smash my house windows or do something worse.”

A police spokesperson said: “We received reports of criminal damage against vehicles at Maltas Court, Worsbrough Dale, on Monday at 1.45pm.