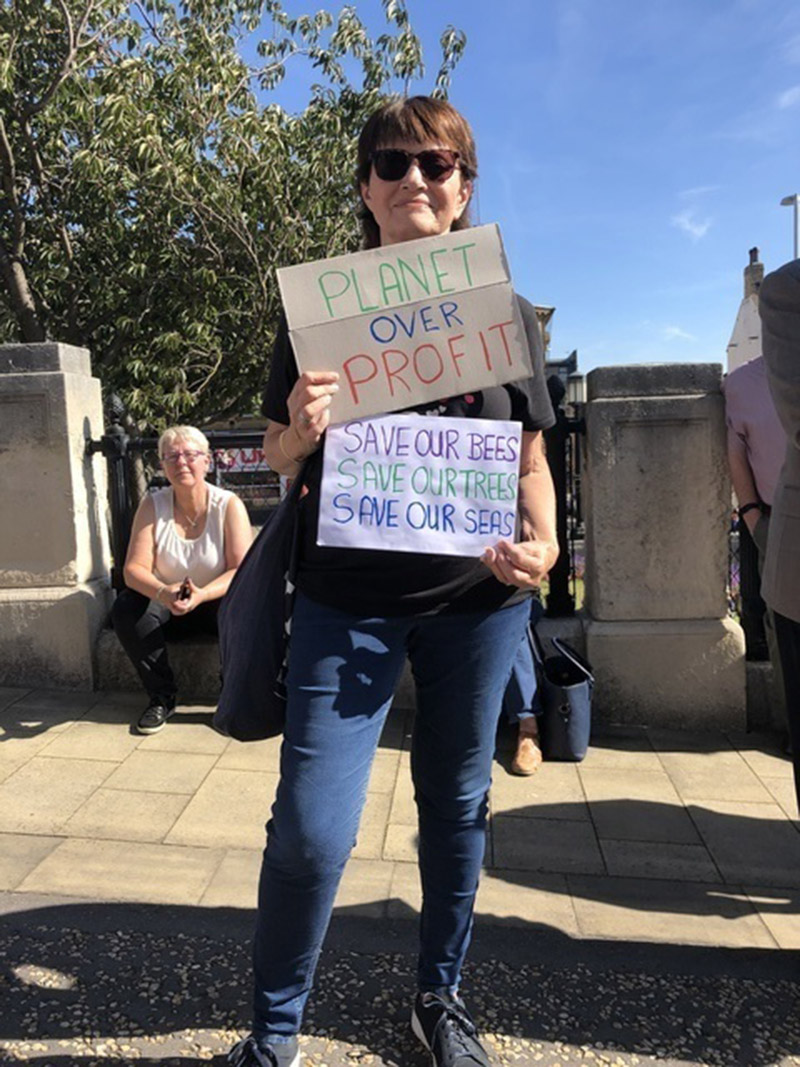 MORE than 100 climate change campaigners gathered outside Barnsley Town Hall in solidarity with thousands of towns and cities across the globe.

Friday’s Global Day of Action Against Climate Change, led by schoolchildren, was a demonstration demanding governments and decision makers do more about climate issues.

Members of the socio-political group Extinction Rebellion and the union Unison joined the Barnsley Trades Union Council in the protest, along with dozens of the general public.

Before the rally began, the protesters chanted ‘climate change is not a lie, do not let our planet die’.

Pupils from Barnsley College and Outwood Academy Shafton were among the students who took part in the protest, with 15-year-old Broadie Greenhall from Outwood addressing the audience about making a difference. “Climate change is an important issue,” she said.

“If we don’t act now it’s our future and your children’s future. All a lot of people want for their kids is to have a happy life. We can make this happen.”

There was a blast of the Town Hall fire alarm at noon in acknowledgement of the day of action, and Coun Chris Lamb announced that cabinet had agreed to put a climate emergency motion to the full council.

He said: “Barack Obama once said that we are the first generation to notice the impact of climate change, and we are the last ones to do something about it.

"We (as a council) don’t want to make empty gestures. We are implementing a policy that will make a tangible difference to the climate emergency.

“The younger generation needs to become the decision makers and policy makers. It shouldn’t be me standing here. We will be having regular meetings with Extinction Rebellion so they can give us information and advice to feed into the climate change declaration policy.

“We will be looking at replacing fleet vehicles, looking at active travel and working with the Mayor of the Sheffield City Region, Dan Jarvis, on public transport.”

Ci Davis from Extinction Rebellion welcomed the council proposals but said ‘the chaos we face requires more action and it needs to come about faster’.

He emphasised that Extinction Rebellion wants citizens’ assemblies where all the community will be involved in discussing what policies need developing and how they should be brought about.

George Arthur, Barnsley Trades Union Council secretary, said: “Our trades council is really pleased that this rally which we sponsored has been so successful.

“However we want to see future campaigns developing with a much wider range of people making decisions, so we have booked a room in Barnsley Town Hall for 5pm on Monday (September 30). We invite anyone who wants to plan the next steps to come along.”