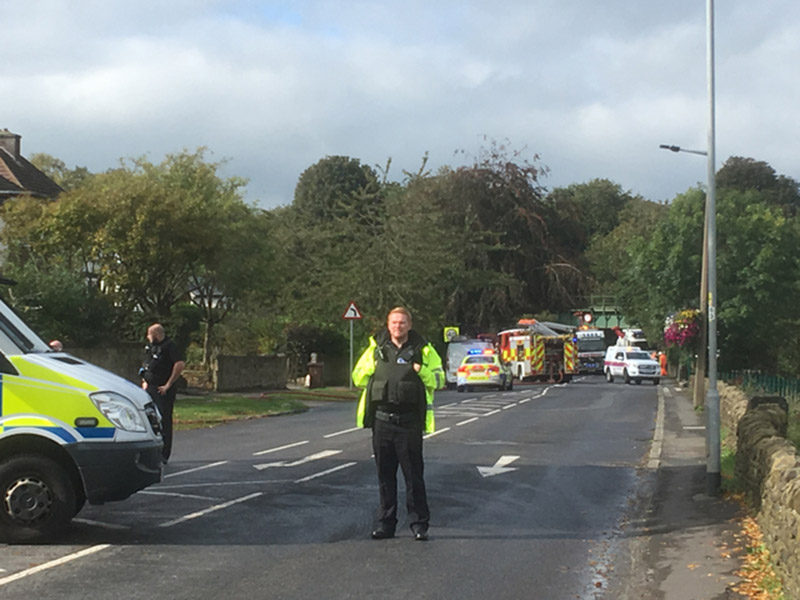 HAZARDOUS liquid spilled onto a road causing it to close after a lorry hit a railway bridge.

Emergency services were called to Sheffield Road, Oxspring, at about 11am on Wednesday following reports that a lorry had hit a railway bridge.

The lorry tipped onto its side following the indecent, and liquid spilt onto the road, which was identified as hazardous to aquatic life.

Road and rail users faced disruption as the road was closed near the bridge, and trains between Barnsley and Penistone were suspended, with services not going to Silkstone Common or Dodworth.

Police, Fire crews and the Environment Agency attended at the scene and ensured the site was cleared safely.

A police spokesman confirmed that the driver was uninjured and no other vehicles were involved.