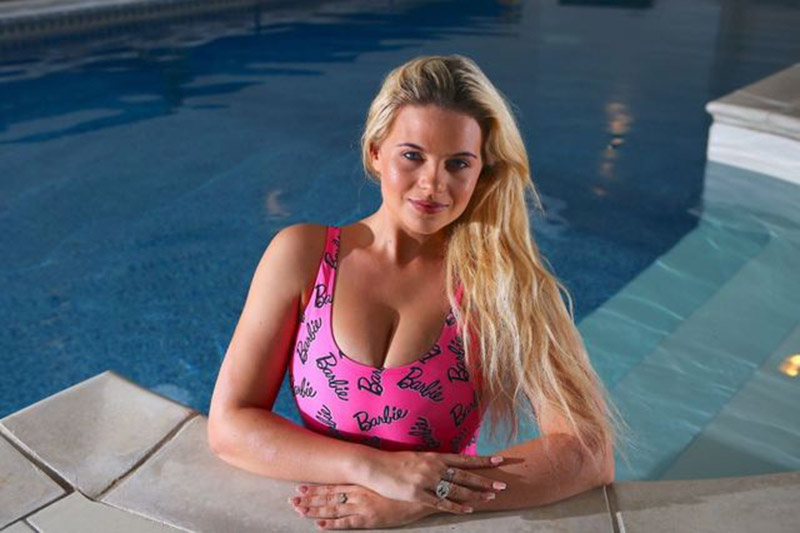 A MODEL who was crowned the winner of a beauty pageant said she was proud to feature on page three of a national newspaper this week.

Apollonia Llewellyn, 19, appeared in the Daily Star, after modelling for the paper the previous week.

The former Barnsley College student from Grimethorpe won the teen category of the Supermodel England beauty pageant in 2017 and 2018, and this year, went to Fiji to represent England at the teen world finals.

Apollonia said: “This is the biggest achievement in my career since I’ve participated in the pageant.

“I was approached by the paper and invited for an interview two years ago but commitments at the time meant I couldn’t go. I contacted them and they invited me down for a shoot but said they couldn’t promise anything.

“My shoot was over in ten minutes and I was told that I would be featured a week later. I was so surprised.”

Apollonia moved to Barnsley from Dewsbury to escape bullying. It became so bad that she was afraid to leave the house and would often cry herself to sleep.

But she says all that changed when she did a photo shoot for her 13th birthday and she has never looked back since.

“I felt like a royalty when I went for the (Daily Star) shoot. There was a hairstylist, make-up artist and stylist at the studio and it was a fantastic experience. I’ve been invited back and I’m excited to do it again.”

Apollonia, who has more than 25,000 followers on Instagram, has received several messages of support congratulating her on her achievement.

“I am shocked at the level of support I have received.

“My boyfriend got a message saying what I was doing was disrespectful towards him, but it’s no different to me wearing a bikini on the beach. He is proud of me and so is the rest of my family.”