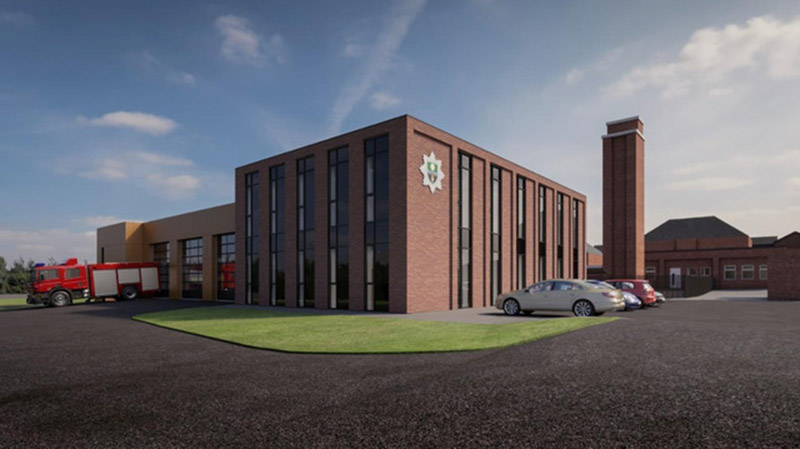 A FINAL design of what Barnsley’s new long-awaited £4m fire station will look like was revealed this week.

Members of the South Yorkshire Fire Authority will meet at Barnsley Town Hall on Monday to discuss the next stages of the project, which has already been allocated a start date of December and a scheduled completion of October 2020.

The existing building, on Broadway, Kingstone, forms part of a long-term plan for South Yorkshire Fire and Rescue (SYFR) to make substantial investments in ‘future-proofing’ the brigade.

Having reached the end of its operational life, the building was subject to an assessment before Christmas last year which looked at all options, including a multi-million pound refurbishment which was not deemed viable.

According to a report, one appliance will be temporarily relocated at Cudworth station while the new facility – which will cost £4m – is built.

It said: “Further design work and consultation with stakeholders has been undertaken and the final design was approved on September 2.

“Immediately following this, planning permission for the development was applied for with Barnsley Council. It is expected that a decision will be made within eight weeks.

“Alongside this, negotiations have been ongoing with a local landlord with regard to temporary accommodation to supplement the move of one of the appliances at Barnsley to Cudworth.

“Next steps include the early tendering of the build contract and also finalisation of the designs for the multi-use community building at the site.”