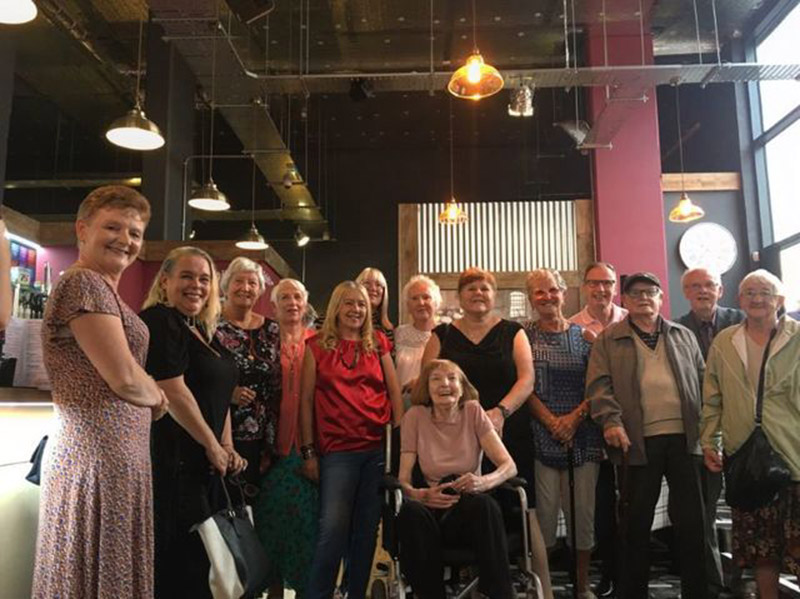 AS an exhibition lifting the lid on one of Barnsley’s biggest industrial exports winds down, the team behind it held a party to thank the former employees that helped them relive the site’s history.

The Barnsley Canister Company once stood on the site at Townend that’s now home to the Gateway Plaza development – but a nod to the area’s heritage remains in the Tin Oyle pub, named after the nickname given to the factory.

And with Experience Barnsley’s ‘Tins! Tins! Tins! – Lifting the Lid on the Barnsley Canister Company’ exhibition closing at the end of the month, a get-together for former employees was held at the Tin Oyle – some of whom worked there more than half a century ago.

Vera Lisle, 91 started working at the ‘tin oyle’ in 1941 when she was just 14. “I didn’t recognise it at first because we worked below ground,” said Vera, of Cote Lane, Thurgoland.

“It was during the war so we had to go to work with gas masks and ID cards as well as our sandwiches. “But I enjoyed every minute of it.”

Trevor Wilkes, 62, worked at the company for 17 years – and his experience was instrumental in helping the museum team develop plans of the former site.

“It was a great place to work,” said Trevor, of Colley Avenue, Kendray. “All good things come to an end but it’s been good to relive it and see a few familiar faces.”

Community curator Steven Skelly said it was Barnsley Museums’ ‘first ever pub do’. A buffet styled on the food that would have been eaten by factory workers – featuring bread and dripping, and pork pies – was served while singer David Luke belted out classic songs.

“We wanted this exhibition to be out in the community rather than the traditional museum space, and what better place to cap off the exhibition than where these people worked,” said Steven.

“These people have given us their time so we’re rewarding them. It’s a thank you from the Barnsley to the people who worked there.