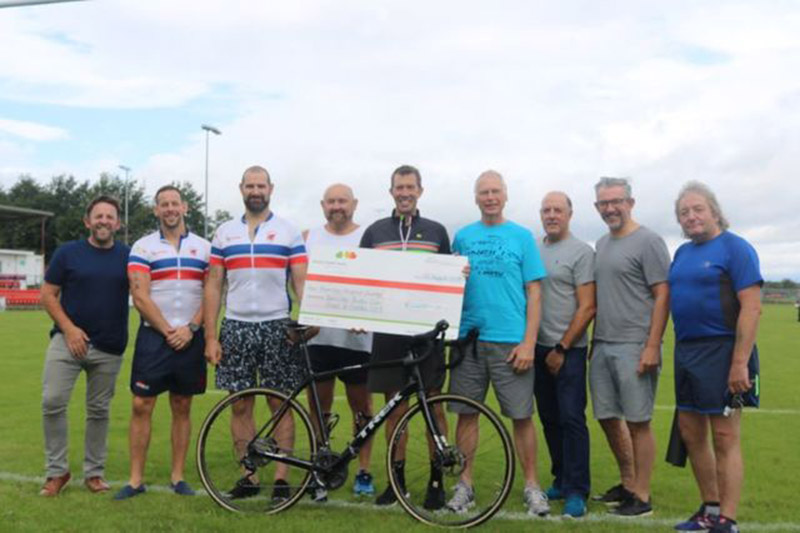 A TEAM of riders from Barnsley Rugby Club cycled 200 miles from Newcastle to Edinburgh to raise money for Barnsley Hospital Charity.

The tam of 24 riders set off from Barnsley Station to Newcastle and completed the long route which saw them ride though places such as Barnburgh and Eyemouth before reaching the end in Edinburgh.

The riders had an excellent support team who helped even when they took a few wrong directions which ended up with the group cycling more than 200 miles.

Darren Dickinson, who had the idea to fundraise, said: “We were very proud to raise £4,420 for the charity. Thanks to our families, friends and colleagues and also generous people on refuelling stops for our food along the route for their donations.”

Jane Mills, charity development manager at Barnsley Hospital, said: “We are overwhelmed by the amount raised which will help support all aspects of the charity’s work. We thank everyone who cycled, organised and donated.”

The group raised £4,420 which will be donated to the Barnsley Hospital Charity.