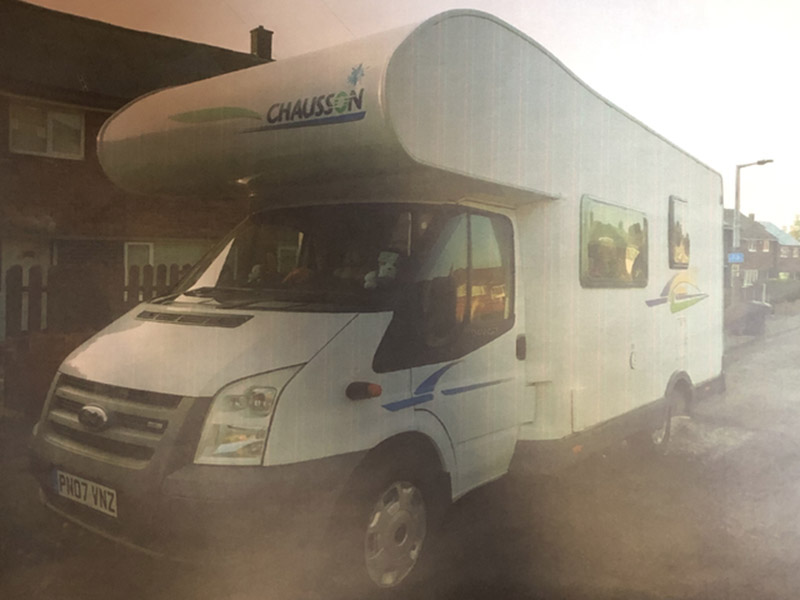 A FAMILY due to go on holiday are appealing for information after their motorhome was stolen from outside their house just one month after they purchased it.

Ann Darlington, of Raley Street, Barnsley, woke up on Monday morning to discover that her 2007 Ford Chausson had been taken from outside her home while she was sleeping.

The motorhome, worth around £24,000, was taken between 1am and 6.15am. There was no evidence to show how the vehicle was taken, with no glass or parts of the vehicle left behind.

Ann said: “My husband got up to let the dog out and when he opened the door he noticed the van was missing. The motorhome is important to us because it was something we got following the death of my mum. She knew we needed a new motorhome and it was something that we got to remember her by.

“We are frustrated and upset that this has happened and there is nothing on CCTV. We believe that the plates were removed before it left the street or that the van was lifted onto a recovery truck.

“There was no attempt made to get the keys and we had started packing the motorhome as we were due to go away. I am distraught.

“I’m now up during the night looking out the window. I just can’t relax. I want it returned and I also want to warn other motorhome owners to be vigilant.”