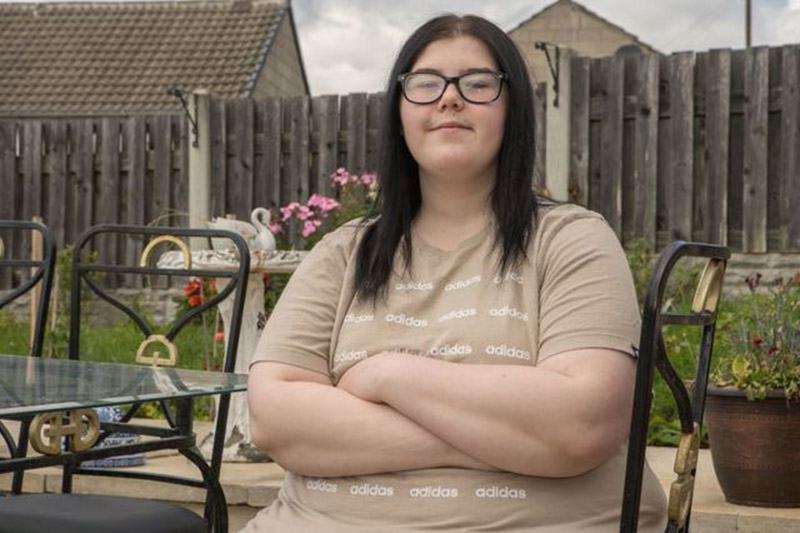 A YOUNG girl who was forced to drop out of school due to crippling headaches has been diagnosed with a rare brain condition.

Bryony Burnell, 15, of Maple Road, Mapplewell, began experiencing headaches from the age of nine and doctors initially believed it was nothing serious.

By the time she was 13, she was unable to concentrate due to feeling dizzy and having pain, coughing or sneezing.

In December 2017, Bryony had an MRI scan and a CT scan, which revealed that she had chiari malformation, a condition where the lower part of the brain pushes down into the spinal canal.

While it is not considered to be life-threatening, it causes headaches, neck pain, dizziness and balance problems and a range of other symptoms.

Its cause is not known and tends to be present from birth. It is widely believed that chiari malformation is a result of part of the skull not being large enough for the brain.

Bryony said: “It was a relief to be diagnosed because I felt like I was not being taken seriously. I was missing so much school and my headaches were so severe but I had never heard of chiari malformation before.”

In September 2018 Bryony had her first operation at Sheffield Children’s Hospital, where a wire was placed in her brain to monitor its movement.

But last month, Bryony was in hospital again for her second operation.

She said: “The second time they removed part of my skull and drained fluid that had collected at the top of my spine. I was in theatre for six hours.

“I remained in hospital for two weeks before returning home, but I went back in hospital and spent another week in there because I was being sick a lot and I couldn’t keep fluid down. I’ve been home for just over a week now and I feel a lot better.”

Bryony is now looking forward to the future and she has applied to study health and social care at Barnsley College. She is also keen to raise awareness of the condition because she feels that it is not widely known.

She added: “It’s easy to take tablets when you have a headache but if they are persistent and you’re experiencing other symptoms, please go and get checked. If left untreated and you develop syringomyelia, you could end up paralysed.

“I’ve received wonderful support from The Brain Charity and Ann Conroy Trust, who support education and research into my condition. I just want as many people as possible to be aware of the symptoms.”