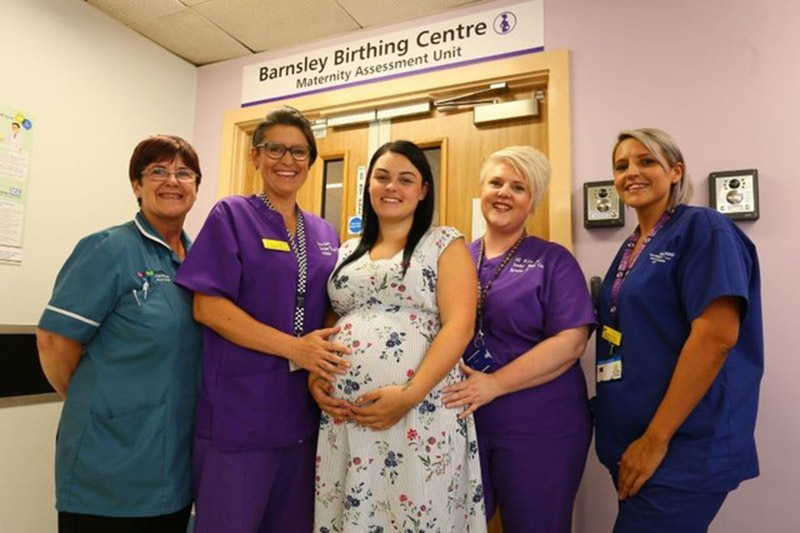 A HEAVILY pregnant woman who nearly died from sepsis has praised the staff at Barnsley Hospital who helped care for her and her unborn child.

Mellisa Shepherd, 27, began experiencing bouts of extreme dizziness and vomiting and first thought that it was a bug she had picked up.

However, when her symptoms persisted and at 38 weeks pregnant, Mellisa decided it was time to visit the hospital.

“I didn’t want to go to the hospital at first,” said Mellisa, from Wingfield Road, Athersley South.

“I was so glad that I went to the hospital though because when I got there I fainted in the corridor and they found out that I had quite serious sepsis.

Everything moved so fast from there- I was prepped for theatre in a matter of minutes because they were worried I needed an emergency Cesarean section.”

Mellisa was in hospital for four days and praised the staff for their hard work during that time.

“Because they weren’t sure whether I would need a C-section or not, I was being transferred from the labour ward to the post-natal ward but the staff on both wards were amazing,” she added.

“They kept reassuring me and asking what I would like to do and I know that doesn’t always happen but in my case they were amazing.

“I would like to recognise them for everything they did for me because without them, things could have been a lot worse than they are now.”