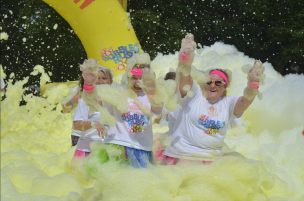 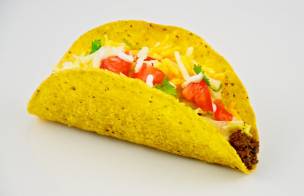 VIKING LONGSHIP BURNING ON SEA OF FLAMES!
IT’S ALL HAPPENING AT THE FLAMBOROUGH FIRE FESTIVAL!

This year the Flamborough Fire Festival is promising to be the most spectacular ever!.. as the Festival organisers plan to burn a Viking Longship at this year’s event which will take place at the New Festival Arena in Flamborough on New Year’s Eve! The Team have been working hard, all summer, building Flamborough’s very first Viking Longship and the Festival’s Organiser, Jane Emmerson, tells us that she’s looking “absolutely resplendent”!

The burning of the Festival’s Viking Longship is just one of the new attractions to this year’s Festival with others being; a ‘Sea of Flames’ which will surround the burning Longship, a Torchlight Procession involving all the Festival’s visitors, even more Flamborough Fireballs in action and a move to the New Festival Arena, on the Village Green to accommodate even more spectators!

The New Festival Arena will be festooned with coloured lights and burning torches with the new Viking Longship set alight in a ‘Sea of Flames’!

The Flamborough Fireballs will also be in action – with more fireballs on display than in any other year! The local Vikings swing balls of fire around their heads as part of their New Year Eve Celebrations as villagers believe, in the days when Flamborough was a Viking stronghold, the community took to the streets with fire, to cleanse the air of the old year’s spirits and welcome in the new! The sight of all the fireballs burning in the midnight air is one that has never been seen in England before!

The Festival welcomes everyone and encourages all children, friends and families to take part in the Festival’s new Torchlight Procession and Viking Longship Parade. There will also be prizes awarded to the best dressed Vikings so everyone is encouraged to come in their Viking Costumes!

The Festival starts at 10.30pm in the New Festival Arena on the Village Green on New Year’s Eve - Monday 31st December 2018 with the Burning of the Viking Longship in a ‘sea of flames’, the Flamborough Fireballs and a Torchlight Procession followed by a Fireworks Spectacular when the clock strikes midnight to welcome in the New Year. So come and join in all the fun and celebrate the New Year with us at Flamborough!
Each year the Flamborough Fire Festival is held in aid of local community groups and charities. This year the Festival Organisers are encouraging everyone to come in Viking Costume so all Children, 12 years and under and all adults, in full Viking Costume, will be allowed into the Festival for Free! Any others kindly attending the event will be asked to give a suggested kind donation at the gate.
For more details see the Flamborough Fire Festival website at www.flamboroughfirefestival.org