Huge fundraiser pays off for Daniel’s cause 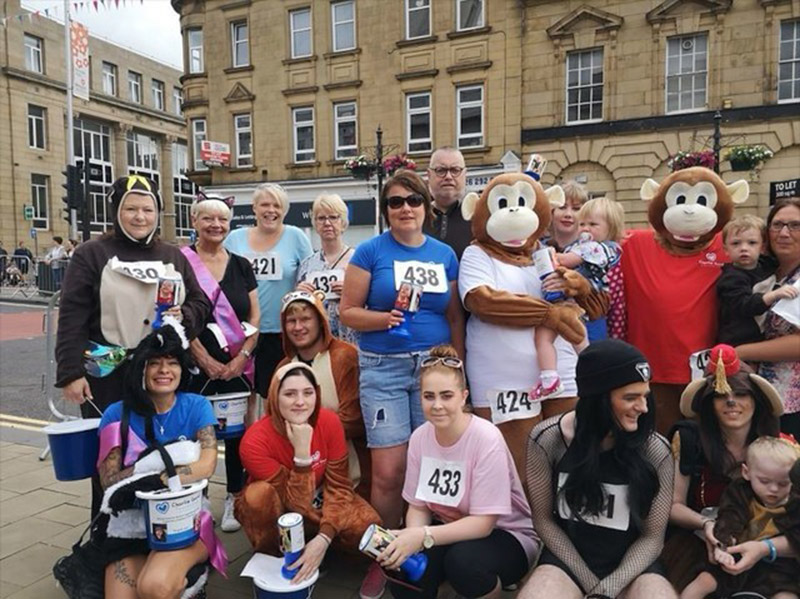 THE family and friends of a toddler with cerebral palsy have raised more than £3,000 towards a campaign to fund a hydrotherapy pool to help him and other children with life-altering conditions.

At four months old, Daniel Green was diagnosed with mitochondrial disease, a chronic illness that affects the cells of the body and causes a large variety of symptoms.

Although he is approaching his third birthday, Daniel’s physical development is that of a months-old baby, and he suffers from cerebral palsy.

Daniel’s family and friends came together for a day of fundraising, which started with them taking part in the town centre fun run alongside representatives from the Charlie Gard Foundation.

And in the evening, a barbecue and raffle took place at the Commercial Inn.Family friend Nicola Rush said the day-long event raised more than £3,700 - with around £1,000 still to be collected.

“We want to raise as much awareness as possible,” said Nicola, of Walton Street, Gawber.

“The amount of people and businesses that have donated raffle prizes, we’ve had to hold some back for the next event.

“Daniel is the most pleasant little boy, always smiling. Everyone who met him on the day fell in love with him.”

The Charlie Gard Foundation - founded by Connie and Chris Gard to help families affected by mitochondrial disease - has backed the family’s campaign, previously organising a firewalk in Newcastle where Daniel has received treatment.

The money raised will go towards a hydrotherapy pool for Daniel, to allow him to develop much-needed muscle tone and ease his pain - with £20,000 needed to reach the goal.

Daniel cannot sit, stand or eat so he is peg fed through his stomach but remains very small for his age despite being born with no obvious signs of illness.

Even though he struggles to move or travel any distance, Daniel was the centre of attention - even being carried around the fun run course by those taking part.

“So many people got involved and wanted to help Daniel,” said his grandmother Zoe Darcy, 43, of Beech Court, Darfield.

“Nicci was amazing, she’s taken fundraising under her wing and never stopped working all day.“I feel humbled. We have such a strong community around us, I can’t believe it.

“And we had so much fun. It can be quite a sombre subject for people seeing Daniel and talking about his condition.

“He loved every minute of it, I’m not sure he knew where to look with people coming up and talking to him.”

To donate visit justgiving.com and search for Daniel's Hydrotherapy Pool