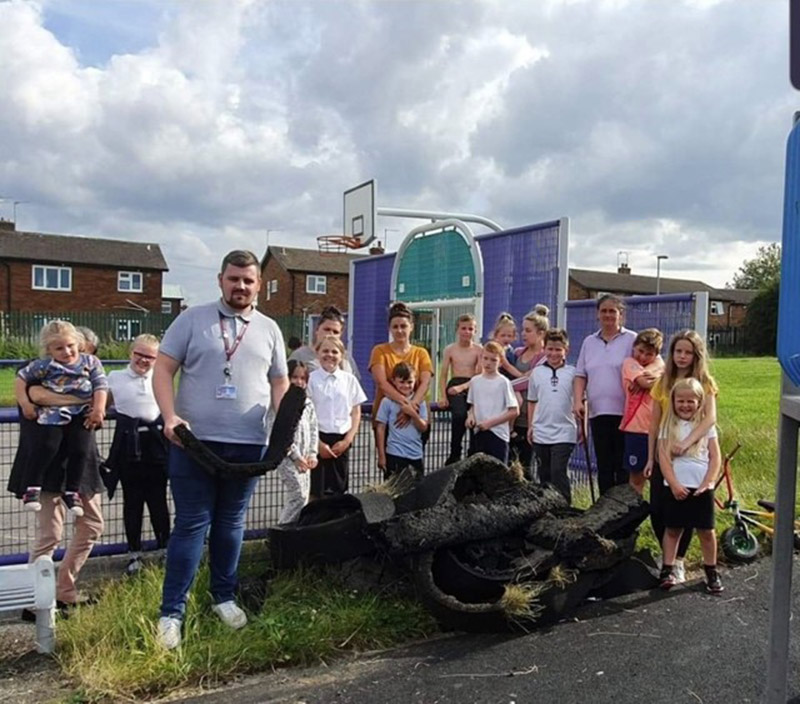 COUNCILLORS have said if vandalism in parks continues in Barnsley, slides, swings and more will have to be ‘taken away’ due to repeated damage.

Coun Tim Cheetham, cabinet spokesman for regeneration and culture made the comment after vandalism took place at Bank End Park in Worsbrough, adding that the continuing cost of repairing damage to play areas is having an impact on the council.

The Worsbrough park incident saw the safety surfacing underneath some of the play area equipment ripped up by unknown culprits - meaning the area needs to be repaired.

The damage done to the park play area follows various incidents of vandalism over the last year - including graffiti and arson attacks - which Coun Cheetham said is becoming a regular thing.

In particular, Coun Cheetham said Bank End Park has had to be repaired in previous years and is ‘one of many hotspots which are consistently targeted across the borough’.

“Vandals have mindlessly ripped up the safety surfacing underneath some of the equipment in the children’s play area in Bank End Park,” said Coun Cheetham.

“Sadly this is not an isolated incident. We have previously repaired the same area in 2017.

“We will look to repair the site again as soon as possible but the money spent on repairs could be better spent on new equipment in the parks for our residents, particularly young children, to enjoy.

“If these incidents continue, we may have to take equipment out of the parks as we will be unable to afford the costs of the repairs.”