Police visibility on the rise around Glass Works 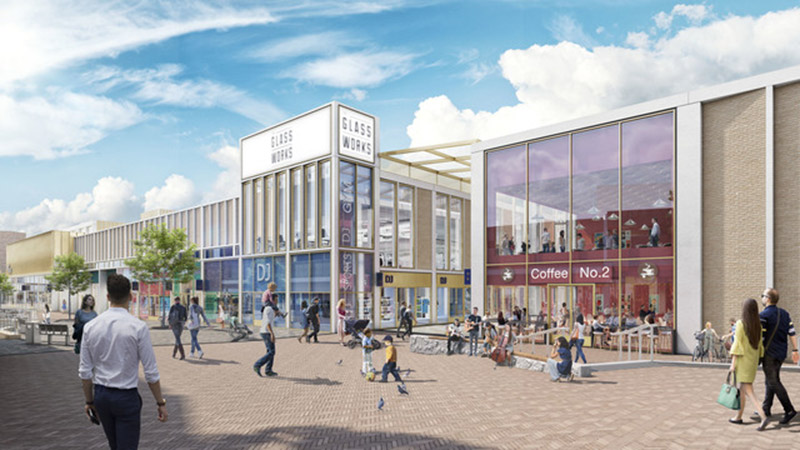 TOWN centre-based police officers will move to a more prominent location at the heart of the Glass Works following the regeneration’s completion, according to a report.

The current team, housed at Churchfield station, is one of six hubs across the borough but it’s thought the short move will provide shoppers with more reassurance.

The town centre’s regeneration, which is costing about £180m, is due to finish in 2021 but the police say the new hub will result in more visibility being provided - an aspect of the policing model that’s previously been criticised at crime meetings held in the town.

Spice abuse has been an issue in the last 12 months, while burglaries and antisocial behaviour within the town centre area have also been problematic, although police bosses stress that all three have been reduced this year.

They cite increased patrols, a breaking up of drugs networks.

The report said: “The Glass Works is an iconic new development in the heart of Barnsley town centre.

"Building on the strength of existing relationship between South Yorkshire Police in Barnsley and the council, we will be housing both our town centre team and student officer assessment unit within the Glass Works, which will see a significant uplift in visibility within the town centre.

“The default working methodology for our neighbourhood policing teams is now, engagement, visibility and reassurance through enforcement.

“This reflects the views of our communities from surveys and allows us to impact on those issues through the warranted powers of our police officers.

“Barnsley remains at the forefront of neighbourhood policing via its teams and the successful multi-agency Safer Neighbourhood Service (SNS), embedding early intervention at a local level through to tackling complex and multiple needs.”