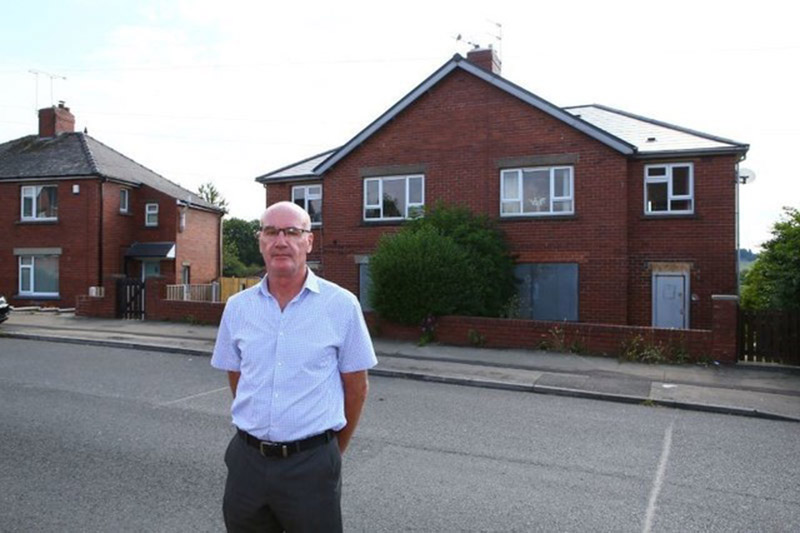 PLANS to build a 146-home estate in a ‘toxic air zone’ a stone’s throw off the M1 motorway will put residents’ health at risk, it has been claimed this week.

Persimmon Homes, the developer behind the planning application, outlined its bid for the land off Keresforth Road, Dodworth, in April last year but concerns over its preferred access route - via a cul-de-sac on Bark Meadows - have delayed a decision.

A field earmarked for recreation - which borders the planned housing site - is being looked at as an alternative route in, which would also result in two boarded-up council houses being demolished.

The scheme is set to be discussed by ruling cabinet members later this month, but Coun Peter Fielding has expressed concerns about the site being ‘unfit’ for people to live on due to its close proximity to the M1.

Coun Fielding said: “Persimmon’s proposed development adjacent to junction 37 causes me great concern as more than half of the site is within an ‘air quality management area’ which was declared due to the poor air quality created by traffic.

“Why are we even considering building new homes for people to live in an area that is known to have air that is so polluted that adverse health effects are almost inevitable and where there are no available options to protect occupants from the pollution?"

Plans show there will be 23 two-bedroom, 89 three-bedroom and 34 four-bedroom homes if the application is approved, with five per cent of the 146 being classed as ‘affordable housing’.

A Section 106 allocation - money put aside by developers for loss of amenity - includes £764,506 towards education provision and £222,093 for recreation.

Coun Tim Cheetham, spokesperson for regeneration and culture, said: “The land between South Road and the motorway slip road is allocated for housing in the local plan. The Persimmon Homes application submitted last year, which proposes to access part of the housing allocation from Bark Meadows, has not progressed because of concerns regarding the access.

"Alternative accesses are therefore being considered and one option includes taking access from South Road.

“On this basis, Berneslai Homes have relocated tenants from a pair of semi-detached dwellings. However, no agreement exists between the council and Persimmon Homes in relation to the land owned by the council at the rear of the houses on South Road.

“Should the council decide to take forward a residential scheme on the land we own, we will expect public consultation to be undertaken before a planning application is submitted so that the local community has an opportunity to have their say at an early stage in the process."