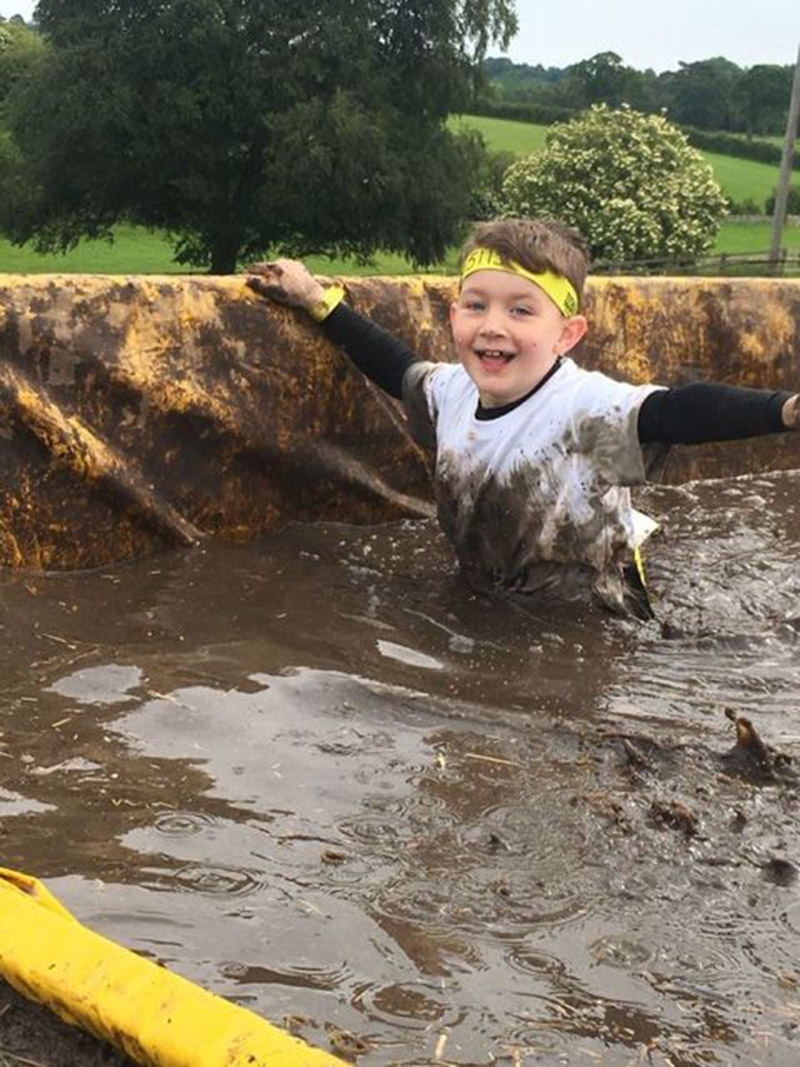 A YOUNG boy went wading through freezing water and crawling through tunnels as he completed an obstacle course for charity.

Lewis Atchison, seven, of Queens Drive decided to complete the Junior Total Warrior challenge after learning that his mum, Emma, had been diagnosed with functional neurological disorder (FND).

FND is a condition where a person suffers neurological symptoms similar to multiple sclerosis, Parkinson’s and epilepsy but not caused by structural damage or degeneration of the nervous system.

Those with FND appear to lose the ability to control or access their body normally.

Lewis used the opportunity to raise money for FND Action, a charity that supports those with FND and raises awareness of the condition.

Emma said: “Lewis loved doing junior warrior and the obstacles were his favourite, especially the slide down the hill it was really, really muddy.

"He has signed up to participate again next year and he can’t wait to do it all again. He says he cannot believe he raised more than £1,000 and he wishes he got to keep the ‘spare’ money.”