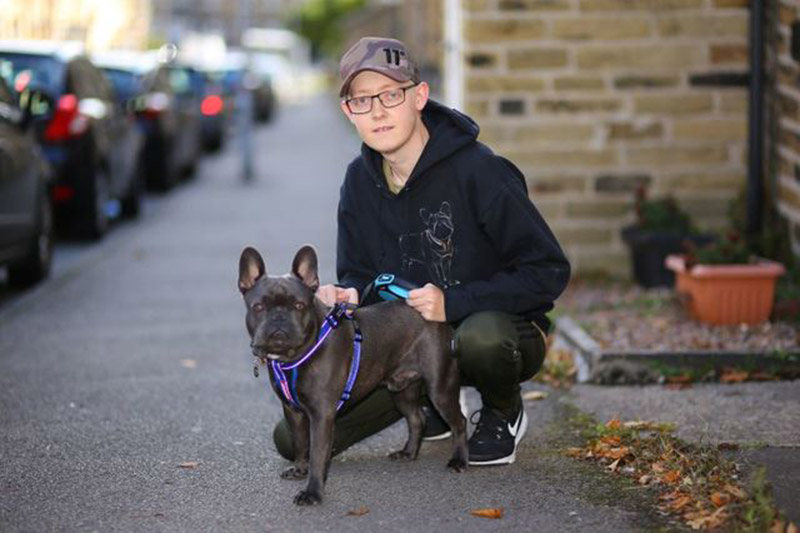 A MINUTE’S applause during the first match of the season at Oakwell will be held to pay tribute to a former Proud of Barnsley winner who died last week.

In the 24th minute of the Barnsley FC v Fulham match at Oakwell on Saturday August 3, fans are being asked to take part in a minute’s applause in memory of 24-year-old Reds’ fan Luke Palfreyman.

Luke was born with cystic fibrosis, a genetic condition causing a mucus build-up in the lungs, for which there is no cure.

Last year, he was taken ill and was in desperate need of a double lung transplant. There were a few calls that lungs were available while he was on the transplant list – although none turned out to be suitable.

But later on in the year, when he was finally well enough for the operation, he underwent nine hours of surgery. He astounded everyone by spontaneously breathing straight after the operation.

Then last November, Luke was named winner of a Proud of Barnsley award in the Triumph Over Adversity category.

Judges were touched by the cheerful way he had faced up to his condition – and his determination to make the best of his second chance.

Luke’s mum, Joanne Shaw, has paid tribute to her ‘caring’ and ‘loving’ son.

She said: “He always had so much time for anyone who he came into contact with.

“He was so caring and loving and he was loved so much by everyone.

“Even when he was in hospital for his birthday he wasn’t asking for presents, he was asking for people to make donations to find a cure for cystic fibrosis.

“That meant so much to him and the fundraising he did for cystic fibrosis was a big thing to him too.

“He was always pushing it to try and get more of an awareness of it out there.”

In memory of Luke, Joanne has started a fundraiser for the Cystic Fibrosis Trust – the only UK charity that is dedicated to fighting for a life unlimited by cystic fibrosis. And so far she has raised more than £400 over the three days it has been going.

“We were always there behind him in his fundraising efforts but it was Jack’s (Luke’s brother) idea to start fund-raising.

“Luke was such a huge Barnsley fan too and he used to be a steward down there up until a few years ago.

“It would mean the absolute world if everyone could take part in the applause.

“I feel like my heart’s been ripped out and I miss that banter from him, I’m going to miss him so so much.

“He was a very popular young lad and he had so many friends, it was overwhelming seeing all of the tributes to him on Facebook.

“He adored all of his pets, he had two dogs and horses and he used to go to the stables where they were kept and that was something that meant so much to him too, his pets.”