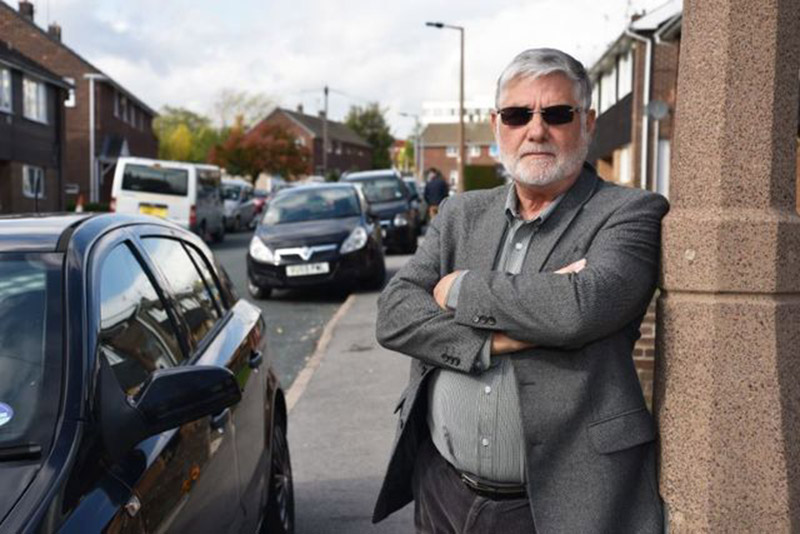 AN ambulance responding to an emergency call could not fit through a side street due to inconsiderate parking – prompting fresh calls for more to be done to prevent vehicles from being ditched on side streets close to Barnsley Hospital.

Issues surrounding the hospital and its nearby residential areas came under the spotlight again at a crime meeting which saw Coun Phil Lofts, who represents the Old Town ward, appeal to both Barnsley Council and South Yorkshire Police to finally act on ‘years’ of residents’ complaints.

“The modus operandi is that we’re doing more with less and we have absolutely no resources to deal with this serious problem, one that’s been taking place without any answer for years,” Coun Lofts said.

“Summer Lane, a busy route at the best of times, is clogged up and the side streets around Barnsley Hospital are constantly jammed with parked cars.

An ambulance could not get through recently which shows just how bad it is.

“Councillors report inconsiderate parking, as do residents, and we bring it up at every meeting we attend as it’s a constant, yet nothing is ever done about it.

“We’ve reached a point where an ambulance, which had its blue lights on, could not fit through to get to an emergency report and that’s just not on.”

Coun Lofts said meetings have taken place with Barnsley Hospital – although the manner of parking was difficult to enforce due to no current traffic regulation orders being in place.

A resident-only parking scheme previously considered was ruled out on cost grounds.

The council’s online reporting system also came under fire at the meeting, where residents said their reports had ‘gone unnoticed’ – something which the local authority’s tasking officer Cath Fairweather refuted.

“The information that’s received is looked at, I can assure people of that, and acted on straight away,” she added.

“The type of offence is assessed and it’s passed to either the highways or enforcement department.” Police said the matter was predominantly a council-related one, unless the parked vehicle was causing a serious obstruction.

Sgt Dave Baines added: “It’s illegal to park on a pavement in London, but nowhere else. There’s advice which suggests motorists should park ten metres away from a junction and it only becomes enforceable when the circumstances are deemed dangerous.

“The trouble is many cases are thought of as being inconsiderate and that does not mean it’s illegal, but we do judge each report on its own merit.

“We have no powers to issue penalties if they’re parked on single or double yellow lines as it’s enforced by the council.”