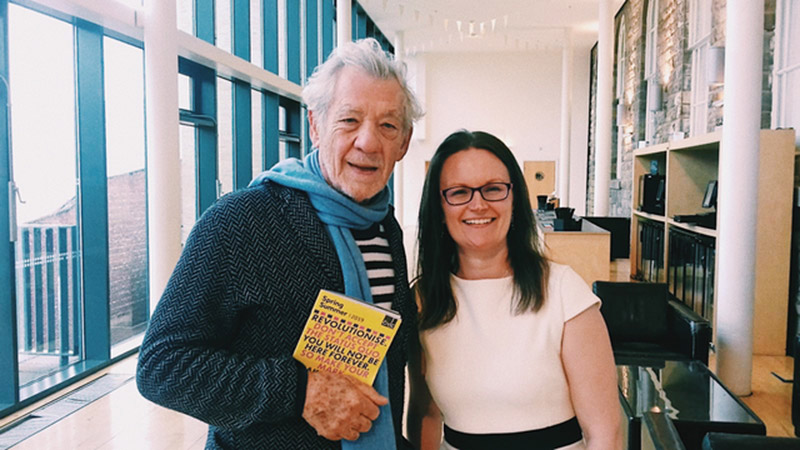 ACTING royalty Sir Ian McKellen well known for his role in the Lord of the Rings has raised more than £15,000 for The Civic.

Sir Ian helped raised a total of £15,187.06 for The Civic’s #Connect fundraising campaign – which aims to turn the theatre into a world-class destination for the arts by 2023 – by adding a new theatre, cafe and extended gallery.

The show last week had sold out in just over an hour after tickets went on sale back in November.

His visit was part of an 80 venue tour where all of the profits benefited specific causes at each theatre he visited, marking his 80th birthday.

During the Barnsley show, Sir Ian interacted with fans and went around collecting donations with his bucket to raise extra funds – as well as giving the fans a chance to get up close with the star.

Money from ticket sales, programmes and the donation bucket all went into the charity pot and together the total came to £7,593.53 – and this has been matched by the Arts Council to bring the total to more than £15,000.

This year marks the tenth anniversary of The Civic’s reincarnation, and the Grade II listed building has been a part of the town since 1877.

“We are very grateful to Sir Ian McKellen and his team for coming to Barnsley as part of the 80 stages tour,” said CEO of The Civic, Helen Ball.

“It was an absolute pleasure to host him at our venue, as well as see his amazing performance.

“He helped spread the message for us about the need to keep our much loved venue alive for years into the future and we are thrilled to have raised such a large amount for our capital campaign.”