‘Park problems with yobs are escalating’ 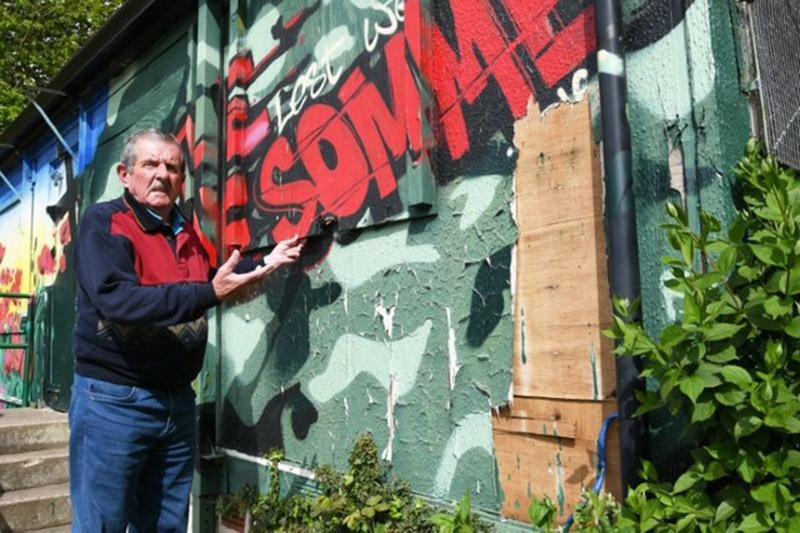 FORMER soldiers were brought to tears when they were shown the damage to a war memorial targeted by mindless vandals - prompting a councillor to urge police to take action against those responsible.

Cudworth Park has been adopted as a policing priority due to the latest wave of antisocial behaviour, which saw thugs damage its Battle of the Somme memorial last month.

It’s the latest in a long line of incidents at the park, after its multi-use games area’s flooring was set alight causing an estimated £2,000 damage.

The war memorial, situated in the park’s former bowling green, will cost about £1,500 to repair according to Coun Charlie Wraith.

“The situation in the park has not improved at all and if anything it’s got worse. The amount of damage is unbelievable - we’ve had all sorts of issues in the last two years but the fact these yobs have targeted a war memorial is absolutely unacceptable.

“It was created as a peaceful place to remember the soldiers, many of them who lived locally, who gave up their lives so these idiots responsible could enjoy their freedom.

“The artwork was beautiful, featuring poppies, rifles and soldiers, but it’ll all need re-doing and it’s a terrible sight at the moment.

“Veterans who have gone in to see it have broken down in tears.”

Police, based in Cudworth, opted to instate the park as their priority over the next six weeks, which will see a targeted approach - including increased patrols in the evening - being carried out in a bid to apprehend culprits.

PCSO Lee Holmes added: “On previous occasions CCTV has helped as it’s enabled us to secure evidence as to who’s responsible. I understand the frustration but we’ve been in the park virtually every evening and unless we see someone doing something wrong, there’s nothing we can do.

“We’ve interviewed many youngsters thought to be involved on previous occasions and having this matter as a priority means we can target it head-on in the coming weeks.”