Jon completes beast of a bike ride to Amsterdam 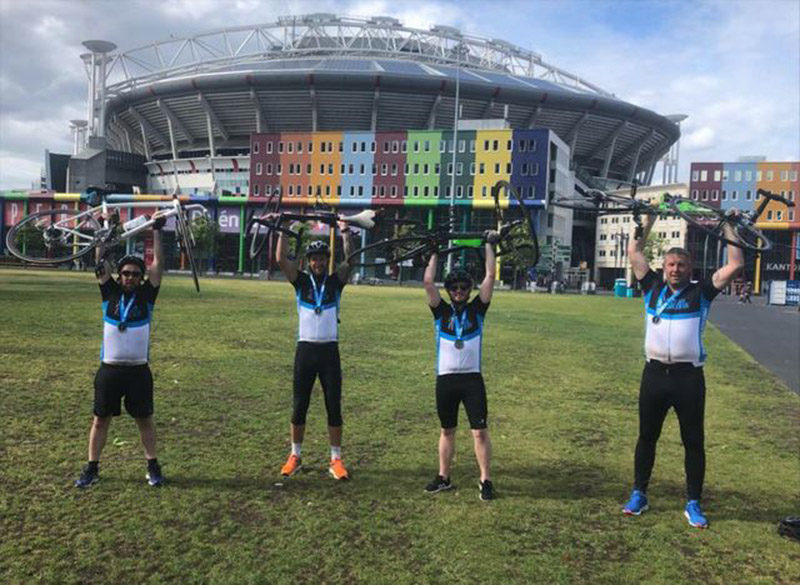 A FORMER Barnsley FC player has completed a gruelling 145-mile bike ride as part of a huge fundraising effort for Prostate Cancer UK.

Jon Parkin, ex-Red and current host of football podcast ‘Undr the Cosh’ alongside former Sunderland striker Chris Brown and another presenter - also called Chris Brown - set off from Oakwell Stadium with more than 100 cyclists, to raise funds and awareness for the charity.

The two-day ride was part of Prostate Cancer UK’s Football to Amsterdam trip, which saw fundraisers setting off from the stadium on Grove Street, and the Lee Valley VeloPark in London, with the eventual goal of reaching Amsterdam’s Johan Cruyff Arena.

“It was the hardest two days of my life,” said Jon, 37, who left Barnsley in 2002 and currently plays for York City.

“I’ve done 20 seasons of football but never felt as bad as I did on the first day. We said yes straight away but we didn’t think about what it would actually be like. We set off in 40mph winds hitting us straight in the face.

“It was an incredible weekend, but really tough.”

Jon, whose podcast has had 1m downloads and recently featured another ex-Barnsley striker Leon Knight as a guest, said the morning of the ride was the first time he’d got on a bike after an operation on the knee which has caused him some problems in recent years.

“Maybe the knee is trying to tell me it’s time to do something else,” he added.

“I’m definitely going to get myself a bike after I finish and I’ll definitely do this ride again.

“But I’ll get a bigger bike next time because the one they bought for me wasn’t quite big enough.”