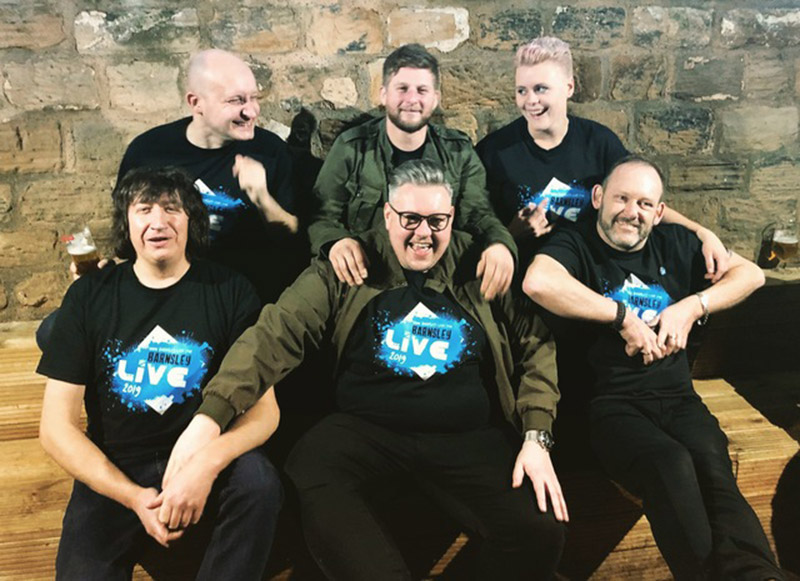 MORE than 180 music acts are set to perform at 25 of Barnsley town centre’s venues tomorrow in what is being billed as South Yorkshire’s biggest-ever free festival.

A group of promoters stepped in last year to revive the format – which previously operated under the LIVE in Barnsley moniker – and is now known as Barnsley Live.

Spearheaded by Matt Smith, Chris Scarfe, Ryan Thompson, Kev Parkin and Stuart Robinson, this year’s festival is set to be bigger than ever and proceeds from the event will go towards a local charity, The LimbBo Foundation, which makes specially-adapted items for children with missing limbs.

Matt said: “Adam Dengel, who founded the charity, is a great guy and has been a fixture in the town’s music scene for many years as the owner of DC Studios recording studio on Shambles Street. It felt right to have LimbBo as the official charity for Barnsley Live.

“We’ve all been promoters in Barnsley for years so we were all keen to bring this format back for the public as it’s been a huge event for the town centre in recent years.

“We’ve got 188 acts performing at 25 venues throughout the afternoon and evening, and it’s all free to attend. Last year’s was great but we reckon next Saturday will be even better – there’s a real buzz around the town and it was important it kept running.”

The jam-packed line-up – which will see the first performers take to the stage at 1pm – is set to be headlined by veteran rockers Seventh Son, a band which was formed in 1980 by brothers Kev and Bri O’Shaughnessy, who will play at Che Bar on Peel Street at 8pm.

They recorded their first demo at Streetlife Studios in Barnsley in 1982 and have released four albums since.

“They’re arguably Barnsley’s biggest-ever band so it’s great to have them playing at the festival,” Matt added.

“That will cap off what will be an amazing day for the town as the place turns into a fully immersive music festival, all within walking distance.”

Michael Dugher, a former Barnsley East MP and current chief executive of UK Music, the body which represents the British music industry, told the Chronicle the festival has his full backing.

“I played at LIVE in Barnsley every year and saw how it went from strength to strength, so Barnsley Live has all my support,” he added.

“It’s a festival which has always provided opportunities for local talent and both versions have helped put Barnsley on the nation’s musical map.”