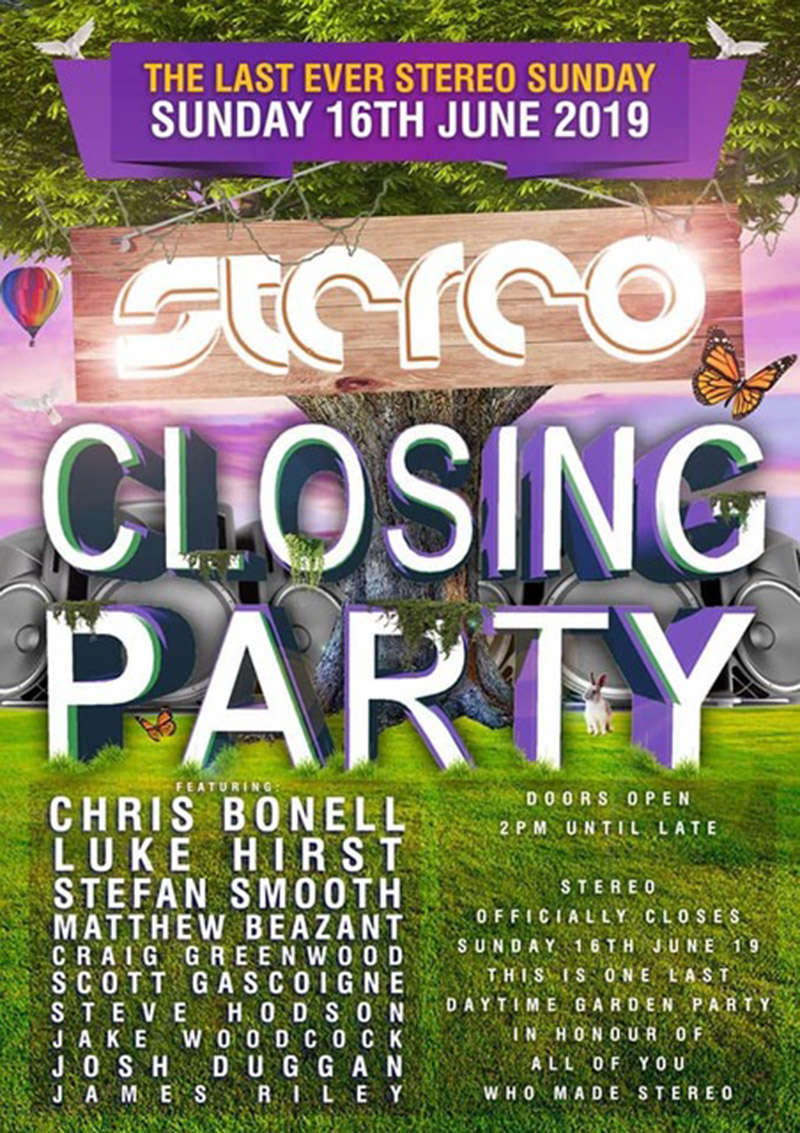 A NIGHTCLUB will be closing its doors for the final time after 14 years tomorrow (Sunday) ahead of a new venture taking its place.

Stereo Bar, on Peel Street, opened in April 2007 and was managed by Mark Horbury and Craig Wildsmith.

The pair have now stepped down and it is now under new management.

Tomorrow a Stereo Garden Party will be held to mark the closure of the nightclub and it will be refurbished and reopened under a new name.

The Garden Party will begin at 3pm.