It's an enchanting tale... 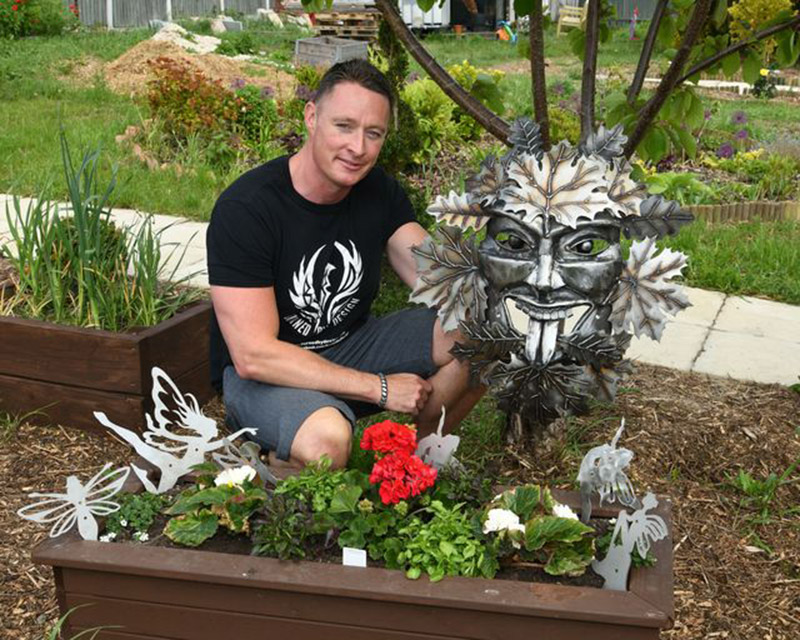 OWD Martha’s Yard has been visited by a band of magical creatures.

A group of woodland fairies has taken up residence in a corner of the garden, alongside a rather imposing ‘green man’.

Local artist Alex Dodson, owner of Burned by Design, created the sculptures, donating the green man – an enigmatic figure commonly thought to be linked to Paganism, but also related to nature in folklore – for free as a thank you to the garden for ‘putting him on the map’ with a number of recent commissions.

Alex said: “The yard has given me quite a bit of business, so I thought I could fabricate something as a bit of a thank you for putting me on the map with some of our most challenging projects.

“I’m really happy with it. I think they thought it would be something quite small.”

Alex, who with his company creates wood burners based on pop culture characters and objects, made the garden’s fire beacon commemorating the centenary of the end of the First World War last year.

The dozen-plus small woodland fairies, drawn on a computer and laser-cut, will be placed on trees around the green man – which is approximately 18 inches wide and made out of both mild and stainless steel, which will give it a distinctive two-tone look as it ages over time.

The sculptures are part of the space’s new ‘enchanted wood’ area, which is the first stage of a planned link-up heritage trail with the Mates of Milton and Elsecar Park by the team at Owd Martha’s Yard.

The area is aimed at children, and Alex added he hoped kids visiting the yard would think the green man was ‘cool, and not too scary’.

Owd Martha’s Yard chairman Allan Wood said: “They’re absolutely fantastic, such a lot of thought and attention has gone into them.

“He’s a proper artist, the things he makes are superb. “And to give us these for free is such a lovely gesture.”