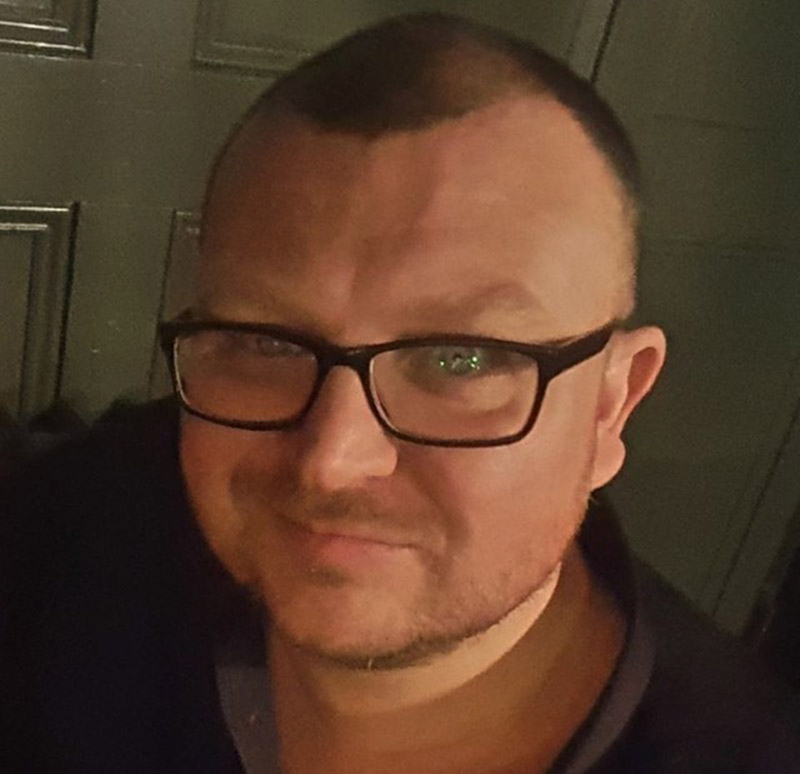 THE grieving partner of a 46-year-old who took his own life has launched a fundraising campaign for two charities to honour the ‘remarkable’ man she lost.

On May 13, Spencer Gandley was reported missing to police and a search was launched, but four days later a body found in parkland in the Monk Bretton area was identified as Spencer.

Andy’s Man Club is a group which aims to help men in the UK with depression by offering a support group for men to talk about things they want to get off their chest, while Barnsley Youth Choir gives youngsters the opportunity to sing in what is now one of the highest-ranked choirs in the world.

“When Spencer lived in Wandsworth, London, he was in a choir and was quite famous as a child, he sang on the Cadbury’s Flake advert in the early 80s, he kept trying to get my daughter to join a choir and now she’s in the Children’s Choir Central,” said Katy.

“The Just Giving page is a bit of a distraction and I thought ‘I want to get something positive out of it in his memory’.

Spencer and Katy first met in 2013 through Twitter and conversed for some time before Spencer came up to live with her in the Redbrook area of Barnsley.

“Spencer had significant physical health problems particularly in his spine, chronic pain in his back, shoulders, neck and frequently couldn’t feel his left leg,” she added.

“He fell up to a dozen times a day and so spent a great deal of time in bed, becoming increasingly isolated.

“The week before his death he had been told by the neurosurgeon he was not treatable. Imagine being 46 and facing a lifetime of constant pain.

“Spencer had been becoming increasingly depressed over preceding months.

“I said as much as I could, but ultimately it was not enough. I believe he felt hopeless and that I would be better off without him.

“I have been overwhelmed and deeply touched by the outpouring of support on Twitter.

“Spencer was a remarkable man who made me so happy. He was funny, intelligent, caring, thoughtful and generous.

“He adopted Barnsley as his second home, he loved it up here.

“I am absolutely devestated by Spencer’s death. I felt like I‘d found the man I was meant to be with.”

Barnsley Central MP Dan Jarvis knew Spencer having crossed paths several times over the years and said he was devastated to learn of his death.“He had always struck me as a witty, intelligent, caring and thoughtful person and his passing is an absolute tragedy,” Dan added.

“My heartfelt condolences go to Spencer’s partner and their family at this most dreadful time.”