500 bags of dog dirt picked up 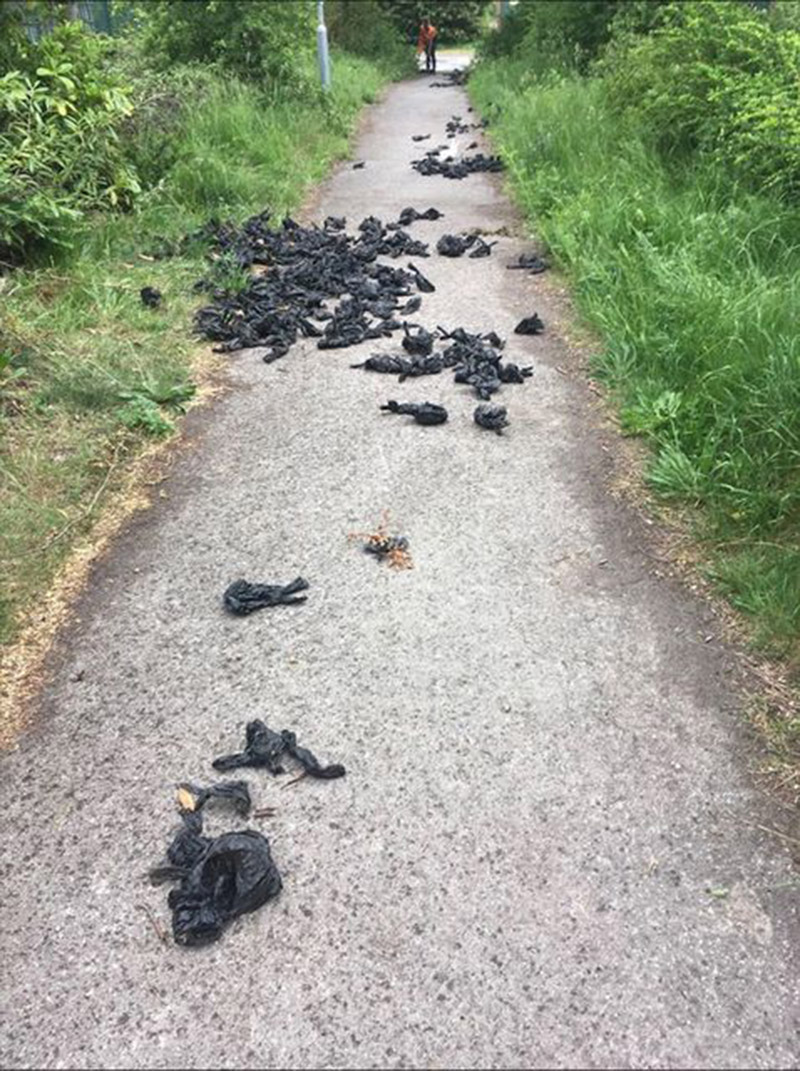 ‘COPIOUS’ amounts of dog dirt were found on a public footpath by a litter picking group.

More than 500 bags of dog dirt were found by a band of litter pickers on a public walkway on Common Lane, Wath-upon-Dearne, last Saturday.

Wath, West Melton and Brampton Litter Pickers member Kerry Beatson said the group, which arrived at the path hoping to carry out a routine litter pick, ‘couldn’t get to the litter’ for the dog dirt – which had been bagged and thrown into the nearby grass, trees and hedges.

Kerry said: “If you are going to pick it up and bag it then throw it, what’s the point of picking it up in the first place? This is what we are up against, this is the mentality of some people.

“Granted, we do need more dog bins, however, I have a dog, I have the same access to bins as anyone else but wouldn’t dream of suffocating local flora and leaving it for wildlife to live in.”

Volunteers removed the bags from the sides of the path and collected them before contacting the council’s waste disposal team.