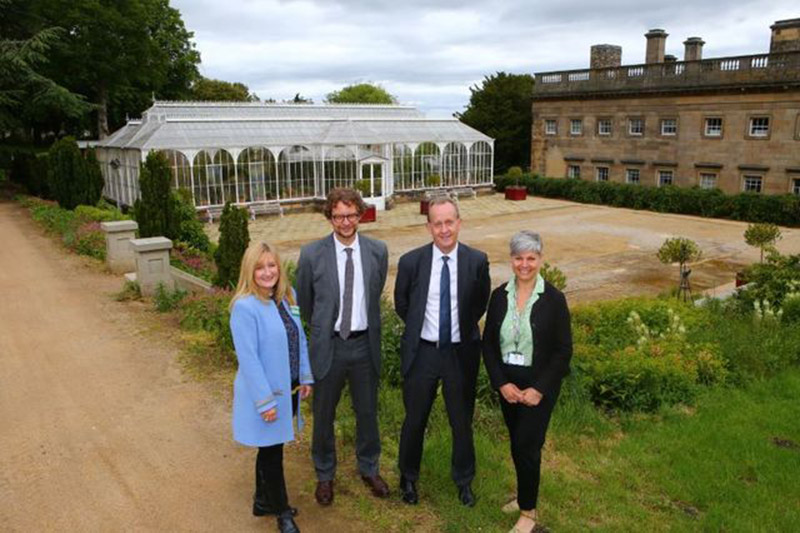 BARNSLEY’S economy is set to be given a major boost tomorrow when a historic site which closed due to a financial crisis two years ago reopens its doors.

Wentworth Castle Gardens, which is now under the National Trust’s guidance, is expected to attract 150,000 visitors in its first year, with projections for that to increase thereafter.

Responsibility for the site reverted to Barnsley Council during 2017, when the Wentworth Castle and Stainborough Park Heritage Trust – which had been responsible – was unable to make the enterprise financially viable.

David Shepherd, the council’s service director for economic regeneration, hailed the site as one of the town’s most important attractions.

He said: “It’s superbly important as it links in with other key sites including Elsecar Heritage Centre, Worsbrough Mill, Cannon Hall and the town centre’s regeneration,”

“It’s one of the jewels in our crown and its location is key.

“It’s a few minutes away from the M1, not that you’d know given how beautiful its surroundings are, and that’s important for the National Trust’s members across the country.

“They have five million members and they often travel. If you’re planning a journey from London to Edinburgh, say, you’ll look at the National Trust’s booklet of attractions and Barnsley’s a great mid-way stop-off.

“For every daytime visitor, £25 per person goes into the economy and that increases to £40 if it’s an overnight stay. It’s a great achievement for the town to attract the National Trust as it could pump millions into the economy in the coming years.”

Joanna Royle, assistant director of the National Trust said: “We’re really excited about tomorrow, and its future, because it’s such an important site.

The site closed previously as it was no longer sustainable, but the 25-year lease we’ve signed secures its long-term future. “

The reopening will see the 63 acres of gardens and 500 acres of parkland complement the cultural offer of museums and visitor attractions in the region, and this is the only Grade I-listed park and garden in South Yorkshire.