Emotional service 75 years on from D-Day 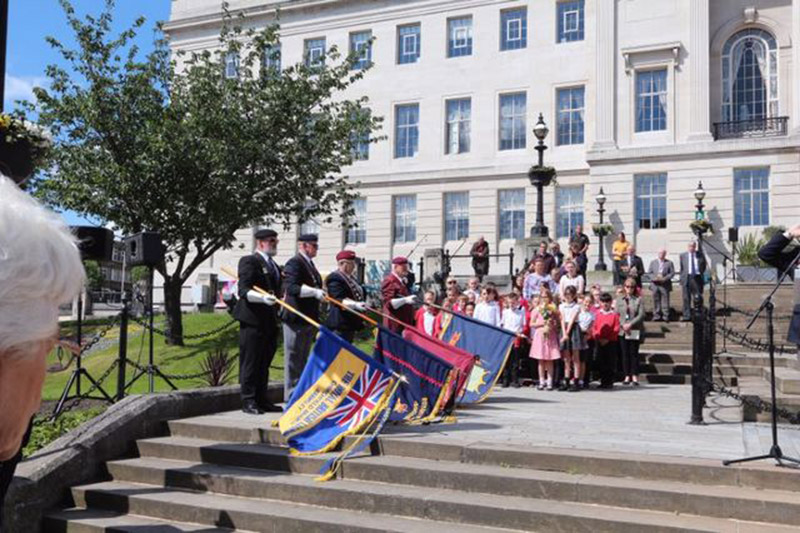 BARNSLEY held an emotional service as it joined the rest of the country in marking the 75th anniversary of the D-Day landings.

They were joined by councillors, local school children and members of the Royal British Legion.

Clive Buckle, of the Churchfield branch of the Royal British Legion, followed the Last Post with a reading of the Ode of Remembrance, before the national anthem was played and wreaths were laid in front of the memorial.

The gathered dignitaries then held a silence in remembrance of the Allied troops who landed on the beaches of Normandy on June 6, 1944, more than 4,000 of whom died in what was the largest seaborne invasion in history.