Mason proves he is a real deal belter at karate... 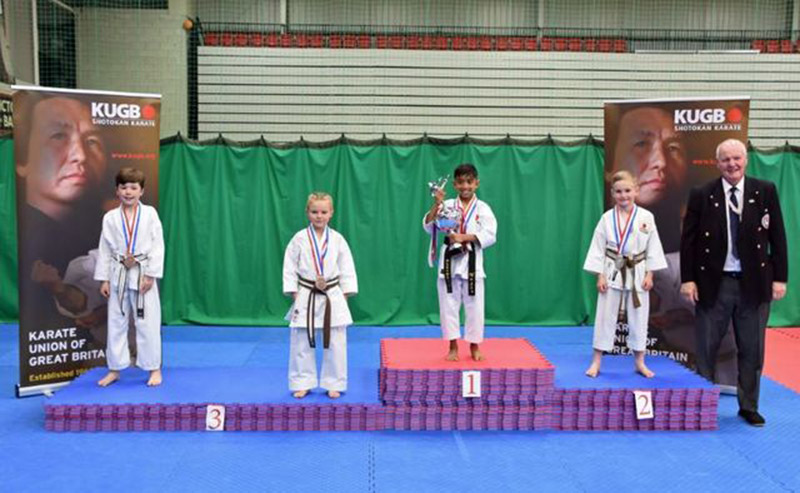 CHAMPION karate kid Mayon Jayawickrama – the youngest black belt in the country – has retained his title in a national competition for the second year in a row.

The eight-year-old participated in the Karate Union of Great Britain’s national championships in Leicester where he fought in the under tens’ Ippon Kumite category and regained his title for another year earlier this month.

Mayon, of Wall Street, Barnsley, started doing karate when he was aged just four and began to enter into competitions two years later.

The club doesn’t usually allow children to start the sport at such a young age and tend to only allow students aged seven to start learning, but an exception was made for Mayon who showed talent from a young age.

Last year Mayon passed his black belt in Shotokan – a form of karate that first originated from Japan – and was named the youngest person to gain a black belt in the UK.