Dave is raising the bar to a new height 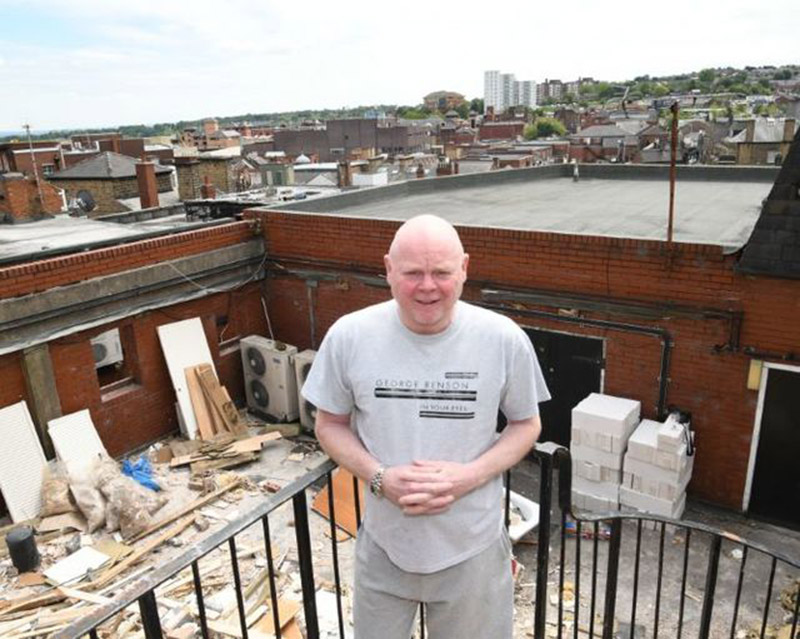 THE first open rooftop terrace in Barnsley is hopefully set to be up and running by July.

Last December, Dave Clayton submitted plans to the council to remove the existing roof structure of The Londoner pub on Shambles Street and replace it with a rooftop bar.

“We’re aiming to get it open by July,” Dave, the licensee, said.

“Currently it’s two old-fashioned flats that sort of went derelict and nobody has been in them for seven years, and we still pay council tax on them.

“I went out this time last year to a few places and when I came back I was more or less obsessed with the idea.

“We hope to see off-the-scale views – I’ve been to places in Leeds and you can’t see what we can see because everything in the city is enclosed.

“You can see over the town hall, over Worsborough Common, over the park and over houses in Barnsley.

“We’re going to open it up and see how we go on, it’s going to be a general bar, and going to be a chilled place where you can sit and have a nice drink. We don’t want people coming and jumping up and down.

“We’ve got people in there now working away and we’re just going to keep improving it as we go along.”