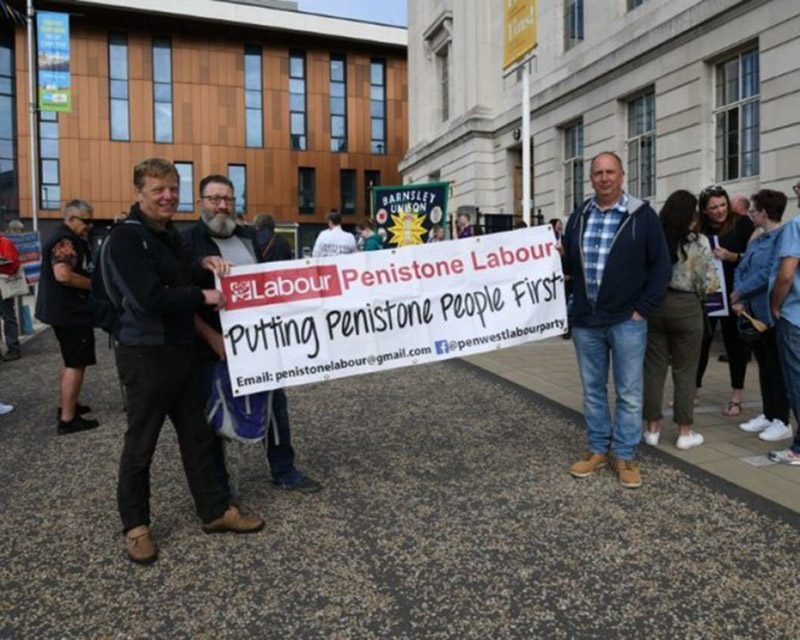 SCHOOL staff and children staged a protest outside Barnsley Town Hall on Wednesday in an effort to appeal to ruling cabinet members who are set to consider the scrapping of the council’s ‘vital’ school meals service.

Backed by trade union UNISON, which represents the council’s catering workers, protesters turned out in their numbers to lodge objections to plans which could see 44 schools currently using the service needing to find someone else to provide meals to an estimated 8,000 children across the borough.

A Freedom of Information request given to WAB by UNISON reveals a 142-page report, commissioned by the council into the future of its in-school catering, cost the council £21,600 - money which the trade union said should have been injected into the service.

However, Barnsley Council leader Sir Steve Houghton hit back following the demonstration and said the local authority is doing ‘all it can do’ to come up with a viable solution.

“There’s a total of 94 schools and 50 have already left the council’s school meals service, leaving 44,” he added.

“Half of those have told us they are looking elsewhere, leaving just 22.

“That’s obviously not sustainable and we’re looking at what we can do as a result but ultimately it’s not our decision what schools decide to do when they enter into academisation programmes, which the government’s keen on.

“It puts us in a difficult position as the smaller the pool of schools is, the more expensive it is to provide for. We’re in talks with the schools and we’re seeking assurances from them as to what their plans are but we’re doing all we can.”

Protesters warned the plan could result in job losses and pay cuts for 220 cooks and catering staff.