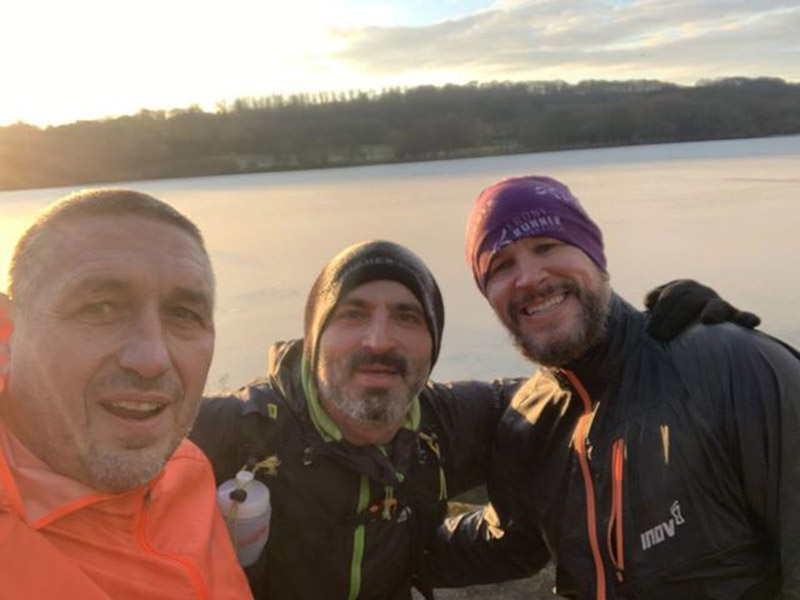 Friends Robert Kena, 39, Alan Moore, 50, Jamie Hughes, 39, formed the group The Spare Tyre Runners after being the first people to complete the Tough Guy Competition in Wolverhampton with a spare tyre strapped to their backs.

To further their fundraising efforts, the group devised a gruelling 70-mile challenge from Dunford Bridge to Goole and will follow the path of the River Don.

The group aim to complete the race, which is the equivalent of 2.5 full marathons, in 24 hours to further push themselves.

Robert, from Ardsley, said: “We’ve done runs in the past for Barnsley Hospice but we thought that running in aid of Bluebell Wood would be a fantastic cause for children in Yorkshire and we thought we would support them by raising as much money as we can.”

The task itself is a challenge, but it will be even more testing for group member Allan as he is the only member of the group who has not completed a marathon before taking on the 70-mile race.

“We knew we wanted to do something big to raise money for Bluebell Wood,” said Alan.

“We sat down and started planning and it started off as one marathon, then two, and then we thought why not go for three so here we are.

“I’ve got to push my body, I’m 50 and I keep thinking ‘if not now, when’ so I took the plunge. I want to see how far I can push my body without breaking.

“I’ve got a tattoo on my chest that says ‘pain is temporary but quitting lasts forever’ which should motivate me to keep going when the going gets tough.”

The Spare Tyre Runners set off on their 70 mile challenge from Dunford Bridge at 6am this morning.

To donate, or to follow their progress of the trio, you can search for ‘The Spare Tyre Runners’ on Facebook.